With chunky styling but compact dimensions, the Mokka is an attractive used SUV buy 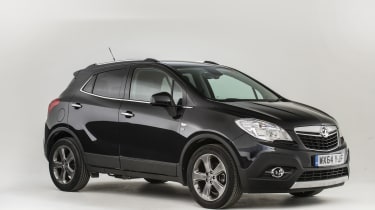 The Vauxhall Mokka, along with every other supermini-SUV on the market, owes its existence to the Nissan Juke. The first of this kind of car to reach the market, the Juke put other manufacturers on the back foot and it was a while before the Juke had any real rivals. Today the Vauxhall Mokka, Ford Ecosport, Renault Captur and Peugeot 2008 all compete with the Juke for buyers.

The Mokka and its ilk are much in demand as they’re compact, tough-looking cars with the appeal of an SUV but much lower running costs. A few years after launch, they’re now beginning to look pretty enticing on the used car market, and despite mixed reviews, the Mokka has a lot going for it.

Read our buyer’s guide for hints and tips on finding the right used Vauxhall Mokka for you. 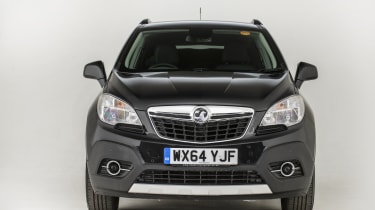 Sold as an Opel in mainland Europe, the Vauxhall Mokka first arrived in UK showrooms in November 2012. Initial engine choices were a 113bhp 1.6-litre or 138bhp turbocharged 1.4-litre turbo petrol engine, or a 1.7-litre CDTi diesel with 128bhp. Cars with manual engines featured stop/start technology and a six-speed automatic gearbox was also available but only with the diesel engine.

Launch trim levels were S, Exclusiv and SE, with a Tech Line model being added shortly afterwards. Introduced very much with company car drivers in mind, it was based on the Exclusiv but added sat-nav.

An automatic transmission was made available on the 1.4-litre turbocharged petrol in May 2013, and the 1.7-litre diesel was replaced by a 1.6-litre CDTi with 134bhp in March 2015. This was available as a manual or automatic in front wheel drive guise, or manual-only as a 4x4. 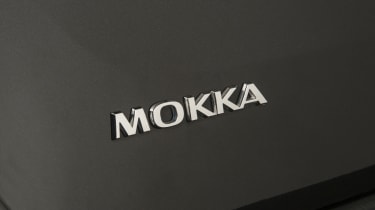 Which is the best Vauxhall Mokka for me?

Of all the engine choices, the 1.6-litre CDTI offers the best blend of power, economy and quietness, but being a relatively recent addition to the range it costs more to buy. The previous 1.7-litre isn’t at all bad, though. If you’re not likely to cover a high mileage, the 1.4-litre turbo petrol is a perky engine, while the 1.6-litre is a little underpowered.

The 1.6-litre was also the only engine to be offered with the entry-level S trim, but even this came with air-conditioning, hill descent control, heated door mirrors and electric front windows, along with cruise control and a stereo including DAB radio controllable via a multifunction steering wheel.

The manual gearbox with the 1.6-litre petrol engine was a five-speed, all other models came with a six-speed. That engine could also only be specified in a front-wheel drive model, all other engines were available with either of front or four-wheel-drive.

Range-topping SE trim boasts part-leather trim, heated front seats and privacy glass, with bi-xenon headlights also a feature. It’s worth noting that the Vauxhall Mokka doesn’t have particularly good rear three-quarter visibility, and this is made even worse on cars with privacy glass, especially when manoeuvring at night.

Few Vauxhall Mokkas have been bought with really high mileage in mind, and the majority of used examples are fairly pampered, low mileage cars. A 2014 (64-plate) 1.4-litre turbo Techline is worth about the same as a 2015 (64-plate) 1.6-litre Exclusiv with the same mileage. There are slightly fewer petrol cars out there than diesels, and automatic examples are rare. Not many four-wheel-drive Mokkas have been sold and they carry a premium. 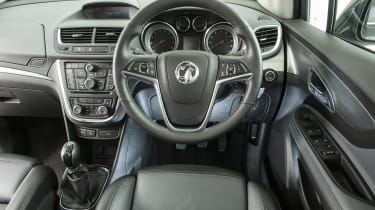 Servicing will be due on the Mokka at least every 12 months or 20,000 miles, with a service indicator light on the dashboard attracting your attention if it’s required sooner. Services are alternately minor and major, with prices up to £250. It’s worth joining the Vauxhall Service Club (no charge for this) to unlock half-price MOTs and discounts on maintenance and repairs.

1.6-litre petrol and 1.7-litre diesel models will need a cambelt replacement every 100,000 miles or six years, an operation which costs around £300. 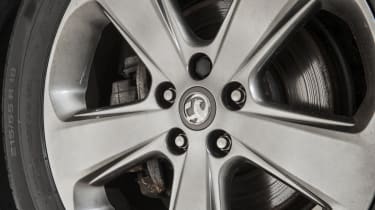 The most important thing to check on any Mokka you’re looking at is that the maintenance hasn’t been skimped on by previous owners. A Vauxhall service history at the correct intervals is always a good sign. The general condition of a car is a reasonable indicator of how well it’s been looked after, and neglected cars are often easy to spot. Tyres from brand names that you have never heard of can be a sign of cost-cutting.

Rear mud flaps are worth having, but were never fitted as standard. They help to reduce the amount of dirt that gathers on the rear windscreen, helping to improve visibility.There’s no spare wheel fitted as standard – a ‘mobility kit’ is provided instead and some owners have installed a space saver spare wheel as an added precaution.

Corrosion can be an issue on alloy wheels, and it’s only covered under warranty for the first 12 months. The wheels on SE models require specialist refurbishment if damaged thanks to their unique finish. It’s also worth ensuring the valve caps are plastic rather than metal – these can corrode and become effectively welded to the valve stem, making them very difficult to remove. 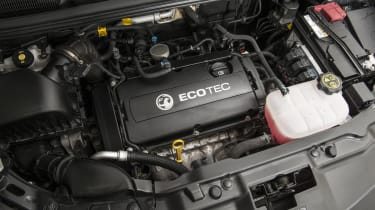 Only one recall has yet been announced for the Vauxhall Mokka, in March 2013. It affected just 102 cars built during December 2012 and centred on a risk that the steering wheel could detach from the steering column thanks to an insufficiently tightened securing bolt. No replacement parts were required, repair was simply a case of retightening the bolt to the correct torque setting.

Ironically given that the Nissan Juke was the pioneer of this segment of the market, it’s far from the best of the breed. Though it looks funky and offers good value, it’s not a great drive and has rather compromised practicality. The Peugeot 2008 is a comfortable choice and offers some frugal engines, as well as a roomy, useful cabin and boot, but isn’t available with four-wheel drive.

This also applies to the stylish Renault Captur, as does the excellent practicality, while safety is very good - we just wish it was more fun to drive. The Ford EcoSport is a bit of an underwhelming prospect but it’s noisy engine and awkward styling put us off, as does the low-rent interior.

Arguably the least stylish but every bit as capable is the Dacia Duster, a superbly practical and very affordable compact SUV. 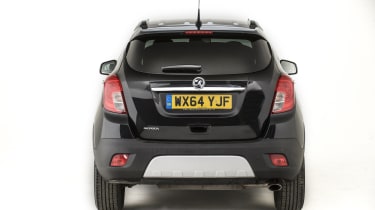 The Vauxhall Mokka sits in a mid-table 75th position out of 150 cars surveyed in our 2016 Driver Power owner satisfaction survey. Good news is that it came 36th overall for reliability, and a 42nd-place finish for in-car tech was an indicator of the high level of standard equipment. Performance, running costs, practicality and build quality were all ranked as no better than average.

The Mokka isn’t a car that offers a huge amount of feel-good factor, but it does represent extremely good value for money – attractive new-car deals lead to slightly depressed used-car values meaning there are second-hand bargains to be found.

With all models very well equipped and four-wheel-drive available as an option, the Mokka is an attractive choice as a compact tow-car with plenty of used car appeal.