10 things you never knew about Ford

It’s been one of the world’s most successful carmakers for more than 100 years, but here are some facts you may not know… 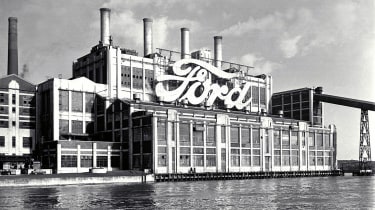 Henry Ford, the founder of Ford, was a pioneer of assembly-line production; the Escort Mexico was named after the firm’s success in the London-Mexico rally; the Ford Transit revolutionised the van industry.

There’s no shortage of pub ammo when talking about the Ford Motor Company, and nor should there be, with more than 100 years experience in building affordable transport.

Ford’s factory in Dagenham was chosen for its water frontage, which allowed a deepwater port to be established to allow bulk deliveries of coal and steel – necessary to feed the on-site power station and steel foundry. The formula came from Ford’s factory on the edge of the Rouge River near Detroit. 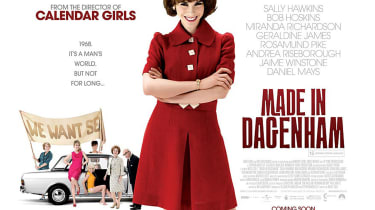 Striking female sewing machinists brought Ford’s UK production to a halt in 1968 after it was discovered they were being paid 15% less than men on the equivalent grade. The striking workers at Ford’s Dagenham and Halewood plants inspired wider demonstrations and triggered the introduction of the Equal Pay Act in 1970. Their story was later told in the film and West End musical ‘Made In Dagenham’. 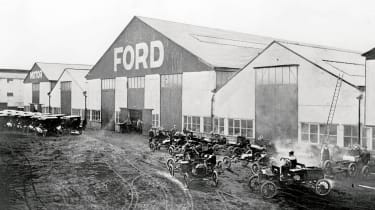 Ford’s factory in Trafford Park, Manchester, was the firm’s first manufacturing plant outside the US and Canada. Workers assembled Model Ts shipped across in kit form, before the plant was upgraded to built cars on an assembly line. The factory was established in 1911; in 1914, it was on track to produce 10,000 cars before the outbreak of World War I. 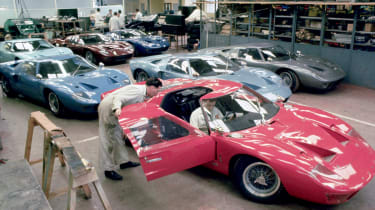 The Ford GT40 might be considered an all-American hero, but it was actually based on the Lola Mk6 and assembled in Slough. The engine, however, was more familiar Detroit fare. The first cars had a 4.2-litre V8 from the Fairlane, although some models featured a 7.0-litre engine, versions of which would also power boats, trucks and buses. 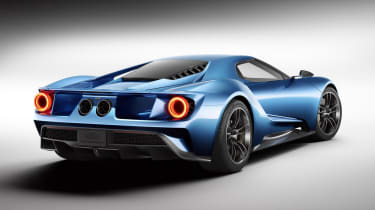 Fifty years on from the GT40 came the latest Ford GT, which is festooned with clever features. The hole in the middle of the ‘halo’ rear lights serves an aerodynamic function, while the flying buttresses, channels between the exhausts and rear diffuser all aid stability and downforce. Some parts may look familiar, though: the SYNC3 infotainment system is as you’ll find in a Fiesta and the 3.5-litre EcoBoost V6 is fundamentally the same engine that powers the F-150 pickup.

Any colour… as long as it’s black 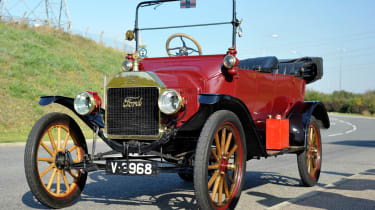 The quote “you can have any colour you like as long as it’s black” is widely attributed to Henry Ford. However, it’s wrong to suggest the Model T was only offered in black; for a lengthy part of the car’s production run, buyers could choose from a number of colours. Around 1922, when Ford’s biography was published, he was using a type of quick-drying paint – only available in black. 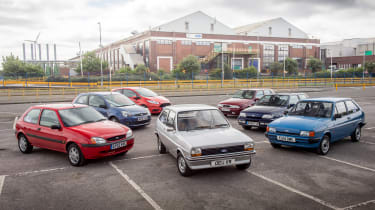 Launched in 1976, the Ford Fiesta has notched up more than 4.1m sales in the UK alone – more than any other car. It pushed the Ford Escort into second place back in 2014 and continues to top the charts month in, month out. Most buyers go for the mid-range Zetec trim and excellent 1.0-litre EcoBoost petrol engine. 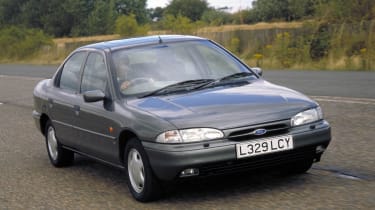 Launched in 1993, the Ford Mondeo went on to be sold all around the world, including in America as the Contour, Mercury Mystique and, latterly, the Fusion. Its name comes from mondo, which translates as world in the constructed international language, Esperanto. 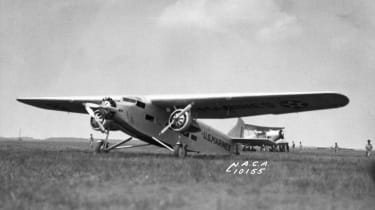 Over the last 100-plus years, Ford has been involved in a wide range of products. The Ford Tri-Motor, nicknamed the Tin Goose, was launched in 1925 and was among the first planes used by America’s early commercial airlines. The company has also produced marine engines and was a prolific tractor manufacturer under the Ford and Fordson brands. 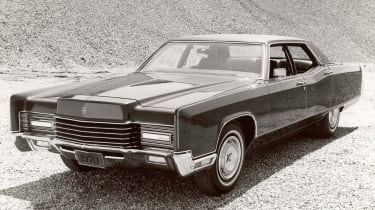 The Ford empire stretches further than just its own vehicles. It also owns luxury car brand Lincoln and Brazilian SUV firm Troller. Over the years, it has owned, or retains an interest in, car manufacturers as diverse as Aston Martin, Land Rover, Mazda and Volvo, along with less familiar names to the British buyer: Edsel, Mercury, Merkur and FPV.