How to appeal a parking ticket

Feel that you've been unfairly prosecuted for a parking offence? Here's what you can do 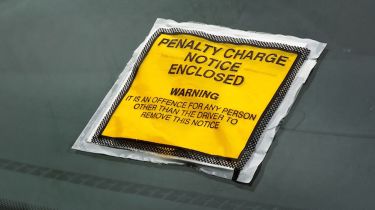 Every motorists dreads arriving back at their car to find a warning on the windscreen that a parking fine has been issued. It's never good news to find you have a fine to pay, but there are times that you have to roll with the punches and accept what comes.

The above is only applies when you've broken the rules, though. There may be occasions where mitigating circumstances have arisen and your car has sat for too long in a location it shouldn't. Don't fear, though – in many cases, a fine can be reduced or dropped altogether if you explain your circumstances clearly.

In this feature, we'll look at the differences between penalty fines issued in private and public parking areas, highlighting the differences and explaining who to contact if you feel you've been unfairly fined.

If you return to your car to find a yellow sticker on the windscreen emblazoned with "Penalty charge notice enclosed", it's likely that this has been issued by a traffic warden or parking enforcement officer. Such stickers are typically used to enforce fines for improper parking on public roads, and such fines are often very difficult to overturn.

If you've parked somewhere you shouldn't, such as on a school zig-zag marking, pedestrian crossing or on double-yellow lines, there's virtually no point in appealing for the fine to be overturned. Parking in these areas is forbidden for safety reasons, and there's never an excuse to break this rule.

However, there are occasions when mistakes are made, particularly where local parking restrictions apply and signage can be misunderstood. If you feel that a fine has been unjustly levied, you'll need to contact the local council's parking enforcement department. Their details should be given on the penalty notice document, and will also be listed on the council's website. Note – you will not be able to contest a fine once you've paid it, as doing so is seen as an admission of guilt. However, you'll need to pay in order to claim your car if it's towed away and impounded.

If you're certain that you haven't committed a parking offence, you may need to demonstrate evidence to prove your case. It's worth using a camera to record clear images of your car and the parking space it occupies, as well as clear signage that appears to prove your right to park in that location. These should be sent, along with a clearly written note to explain your circumstances, to the council department concerned.

Bear in mind that parking enforcement officers often use cameras, too, and will have recorded evidence before issuing the fine. If a fine has been issued because your car has exceeded its permitted stay in a parking space, it may be very difficult to demonstrate evidence to the contrary, or to prove mitigating circumstances.

You may feel that you can prove exactly why you were unable to move your car in time to avoid a fine, or why you were forced to stop on a double-yellow line, with documents such as a receipt from a breakdown company, for example. It may be worth submitting copies of these along with your letter of process. However, where an offence has clearly been committed, extenuating circumstances don't always mean a fine will be overturned.

If you've accidentally overstayed in a council parking space, there should be a 10-minute 'grace period' applied. If you haven't strayed beyond this time, irrefutable evidence of the current time and the time given on your ticket or online parking voucher should see the decision overturned.

Note that the above advice only applies to penalty notices issued on the spot. It's possible to get a notification through the post after being found in contravention of parking rules via CCTV. In this case, it's far harder to gather photographic evidence to prove your innocence, as your car is unlikely to still be present at the scene. In such cases, you need to mount a formal appeal with the council, following the precise instructions given in your notice of intended prosecution.

Finally, if you're parking in a council-run pay-and-display car park, you must display your ticket as instructed, as a missing or non-visible ticket could be construed as refusal to pay. Whether the ticket has an adhesive section or not, always double-check that it's clearly visible through the windscreen once you've exited the car – it's not unusual for a draught to blow an insecure ticket somewhere it can't be easily read.

A different set of rules applies to privately run car parks, or non-council-enforced parking restrictions on private roads. In some cases, fines issued have no legal standing at all.

However, as with council-enforced parking fines, many private parking restrictions are put in place for sensible reasons. If you've parked in such a way as to restrict access for other traffic, or where there's a potential safety consequence to where you leave your car, there are reasonable grounds for the parking company to levy a fine, and there's really little reasonable argument you can make against paying it.

However, if you feel that privately issued parking fine is unfair or exorbitant, you have the right to protest it. If you're unsure whether a ticket has been issued by a private parking enforcement company, a look at the paperwork you're issued should provide an address and the name of the organisation sending you an invoice.

Note our use of the word 'invoice'. That's effectively all a fine levied by a private parking enforcement company amounts to. As far as such a company is concerned, when you park in an area they operate in, you're entering into a contract with that company. If you contravene the rules in play in that parking area by exceeding the maximum stay, for instance, or by parking for longer than your ticket entitles you to, the company is free to charge you for the parking service you've received.

The parking contract you've entered into with the parking company is a civil matter, and not bound by the same laws as council-enforced parking. If a parking invoice you've received seems fair, it may be less hassle in the long run to simply pay the charge. A lower fee is usually charged if you pay promptly. However, if you feel that the charge is either unfair or disproportionate, the following information will help you confidently dispute their claim.

The parking company frequently isn't the owner of the land concerned, and it could be worth contacting the landowner if you feel a parking invoice you've received is unjust. This could apply, for example, to a shop that you visited for slightly longer than the free parking allowance posted on notices in the car park. You might find the shop will force the parking company to drop their case against you, on the basis of preserving your loyalty to the brand.

When contesting a privately issued parking invoice, the same advice applies when it comes to gathering evidence to support your protest. Take photos that demonstrate your car was properly parked and of notices that permit you to park there, and, if possible, submit copies of receipts or other documents that demonstrate that you have good reason to be parked where you did.

If you choose to avoid all contact with the parking company, you're not specifically breaking the law, but some companies may be dogged enough to take their claim against you to court.

The same thing could happen if you contact the parking company to refuse payment. However, this approach can be worth pursuing if you believe the charge issued was unfair or unjust. For example, if you can demonstrate that signage or markings are unclear, a mistake has been made, or there were mitigating circumstances that led to you being unable to move your car.

It's worth checking to see whether the parking company is a member of a trade body – the invoice you recieve should confirm one way or another. The British Parking Association has an appeals process called Popla, which can be contacted online or by post. The International Parking Community is the other big trade body, and has an Independent Appeals Service.

Councils are allowed to clamp or tow away a car that's improperly, dangerously or obstructively parked, depending on the severity of the offence. However, the Protection of Freedoms Act 2012 made it illegal for a private company to clamp or tow a car in England and Wales, and the same has been true in Scotland since 1992. Exceptions are when the company is acting on behalf of official authorities, or where local bylaws allow it – sometimes the case outside railway stations.

If a private company does fit a clamp to your car, do not make any attempt to remove it, as you might be reported to the authorities for causing criminal damage. However, you could contact your local police on the non-emergency number, 101, if you believe you car has been illegally clamped. Under no circumstances should you dial 999, though.