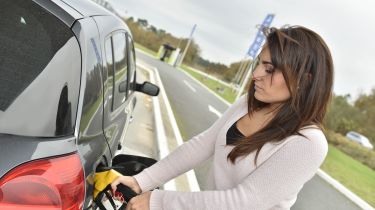 If you believe the marketing hype, fuel additives are like magic potions, capable of cleaning and tuning your engine. Costing from around £5, all you need to do is tip the solution into your fuel tank and carry on your daily routine.

Widely sold in car parts stores, additives for petrol and diesel models claim a host of advantages, from cleaning fuel injectors and carburettors to removing water from the fuel system. Others are intended to act on the exhaust system and catalytic converter, and some make bold claims about saving fuel and boosting performance.

If you own a newer vehicle you should resist the temptation, as these additives are intended to work in vehicles with a higher mileage, which may have been neglected and missed out on maintenance. It's very unlikely you'd see any benefit in a car less than a decade old that's already in good condition.

It's very important to double-check that the additive you plan to use is suitable for your vehicle's engine and fuel system, and that it's correct for the job you want it to do.

Some additives are designed to act as a lead replacement for petrol cars built before 1992, as leaded petrol was withdrawn from sale in 2000. For vehicles that haven't had a mechanical conversion to run on unleaded, an additive can provide an alternative and should be clearly labelled for this purpose.

There are also fuel additives designed specifically for motorists driving diesel models in cold climates. These prevent the fuel from congealing as temperatures plummet below freezing, which could potentially cause reliability issues due to blockages in the fuel system.

Additives can also help if you plan to put a vehicle into storage for an extended period, helping to preserve the fuel so that the car will still start easily when you put it back on the road. An engine flush can also be handy if you are restoring a car that hasn't run for several years, helping remove any debris that's accumulated in the fuel system before you replace it with new petrol or diesel. 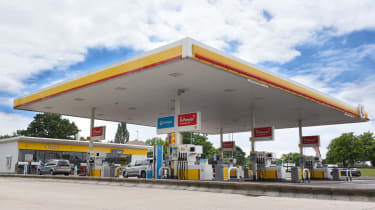 While some fuel additives like those listed above can help in specific circumstances, the ones to avoid are those making bold claims about improving fuel economy. Even if they do provide a slight increase, it will be far outweighed by the money you spend on the additive.

Furthermore, independent tests by consumer group Which? revealed that fuel additives don't deliver on their claims to increase fuel-efficiency and performance, with some even markedly increasing the cost of a refill. Those that claimed to boost the fuel's octane rating failed to match that of the premium-grade unleaded sold on every forecourt.

What are the alternatives to fuel additives?

As cars have become much more advanced, electronics and clever fuel systems constantly optimise the performance and efficiency of the engine as you drive. This means simply keeping your vehicle well maintained with timely servicing should keep it in top condition. It's also worth taking heed of the fact that manufacturers don't recommend fuel additives.

If you still feel like your car could run better, a better bet is higher octane forecourt fuel that costs more than regular unleaded but can give your car a slight boost. Premium diesel fuels are also available, and both types claim to include chemicals that help 'clean' your engine and fuel system as you drive. It certainly won't do your car any harm, so can be worth trying.

It's a common mistake, so what should you do if you put the wrong fuel in your car?