25 tips that will make you a better driver - page 7 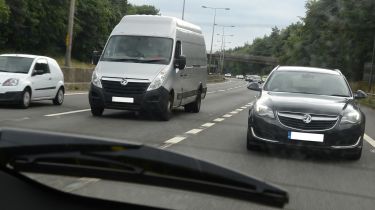 'Only a fool breaks the two-second rule' is a saying that might take you back to your days of learning to drive. When following a car, observe it passing a marking on the road and begin to count; if you pass the same spot before two seconds have passed then you’re too close to stop if it were to crash. If spotted by the police, motorists can be given three points and a £100 on-the-spot fine for driving too close.

There are plenty of other reasons why keeping a safe distance from the car in front makes you a better driver. 'Tailgating' is a nuisance and can cause people to drive erratically, even sparking road rage. This can be exacerbated at night when bright headlights can cause glare in a leading car's mirrors, causing a distraction. If you plan to overtake you'll also have a better view and more space to pull out and accelerate when starting the manoeuvre from further back. 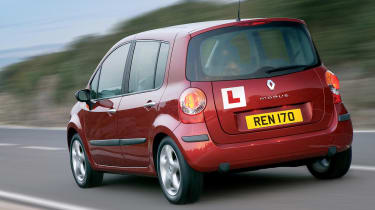 Don't put yourself in harm's way

You may have seen video clips online or even on the news of huge articulated lorries pushing a car sideways on the motorway, seemingly without even noticing. This is almost always the result of the car being in the truck's blind-spot as the driver goes to change lanes. Modern trucks are now fitted with extra mirrors and sometimes even cameras to help avoid this but we'd still recommend driving defensively around large vehicles. On multi-lane roads, avoid driving alongside trucks unless you are in stop and start traffic - it's better to either overtake or drop back. If you do need to drive alongside a lorry for more than a few seconds, be ready to give the horn a blast or take evasive action should it start to pull towards you.

Putting your car in the wrong place on the road can lead to trouble. We explain why on page 8...