A five-star Euro NCAP score means safety isn’t a concern for the Audi A4 Allroad, but the unproven new 4x4 system could be a worry

The standard Audi A4 hasn't performed as well as hoped in our 2017 Driver Power survey, with a high proportion of owners experiencing issues. A five-star Euro NCAP safety rating and a decent amount of standard safety kit should ease any worries in that department. Also, Audi is one of the most popular brands in the country, although owners are less enamoured with the company’s dealers.

The standard Audi A4 was rated poorly for reliability in our 2017 Driver Power owner satisfaction survey of cars currently on sale in the UK. Of the owners who responded, 15.7% reported experiencing a problem with their car at least once.

Electrical issues were cited as the most likely problem and while the A4 scored well for its interior, infotainment, comfort and engines, low scores for running costs suggest owners struggle to achieve the official consumption figures and face high maintenance costs.

That said, the vast majority of the A4 Allroad’s hardware is tried and tested, so it shouldn’t be mechanically unreliable as long as it’s maintained properly. One area of slight concern, however, is the new ‘quattro with Ultra technology’ system, which makes its debut on this car. 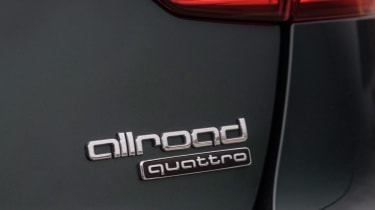 A five-star Euro NCAP safety rating for the A4 saloon extends to the A4 Allroad, which, if anything, should be slightly safer. It has all the standard safety kit you’d expect, such as a swathe of airbags, stability control, the aforementioned ISOFIX points and anti-lock brakes. You also get seatbelt monitoring, automatic headlights and wipers, tyre-pressure monitoring and ‘pre-sense city’, which can stop the car automatically at speeds of up to 52mph if it detects a crash is about to happen.

All models also come with multi-collision braking assistance, which automatically applies the brakes if the car is involved in a collision to help prevent a secondary impact.