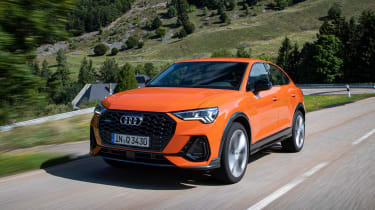 Audi is a desirable brand thanks to its luxurious interiors and powerful engines but some owners that have taken the plunge have experienced mixed feelings. The company only posted an average result in our 2020 Driver Power owner satisfaction survey, with a reasonably high number of cars developing faults before they were a year old. What’s not in doubt is the car’s safety rating - the Q3 it’s based on scored the maximum rating in the Euro NCAP crash test.

The Q3 came 64th out of the top 75 cars ranked in our 2020 Driver Power survey, and even the best-ranked Audi, the larger Q5, only just made the top 50. As a brand, Audi finished 21st out of 30, which isn’t so bad for one of the ‘premium’ brands. It came above Land Rover, Mercedes and BMW, albeit two places behind parent company Volkswagen. 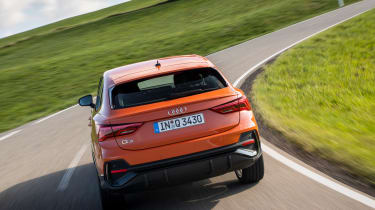 There’s plenty of praise from Audi owners about their cars - customers were pleased with the interior quality, technology, child-friendly features and the engines, but not so keen on the high running costs and exterior styling. In our survey, 20% of Audi owners reported a problem within the first year of ownership, which is very slightly higher than Volkswagen and lower than BMW, Mercedes and Land Rover.

The Audi Q3 Sportback hasn’t been tested by Euro NCAP yet but considering how similar the Q3 and Q3 Sportback are, the testing body may not decide it’s necessary to put the Sportback through its paces. The regular Q3 shone in its crash test, coming out with a five-star rating and impressively high category scores. It scored 95% for adult and 86% for child occupant protection, and was also praised for its on-board safety technology.

All Q3 Sportbacks come with plenty of driver assistance tech, including autonomous emergency braking, pedestrian and cyclist detection, lane-departure warning, hill-hold assist and side assistance that helps when you change lanes on a motorway. Audi’s Pre-Sense Basic technology is also fitted, which closes the windows and tightens the seatbelts if it senses that you’re about to have an accident.

The Driver Assistance pack (standard on Vorsprung or available as an optional extra elsewhere) is worth having, as it adds rear cross-traffic alert, adaptive cruise control, traffic sign recognition, a 360-degree camera and emergency assist.