A simple car like the Fiat Panda should be reliable, but its zero-star Euro NCAP safety rating is concerning

The Fiat Panda is a small and relatively simple car, so there’s not a lot to go wrong in the first place. We have some concerns about the long-term durability of the interior, but we don’t expect this car to hit you with any nasty repair bills or unexpected failures in the first few years of ownership. It was ranked a middling 51st out of 100 cars for reliability in our Driver Power 2019 survey, with an average number of faults and poor feedback for in-car technology. 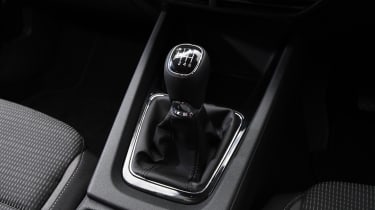 Safety body Euro NCAP dropped a bombshell with its latest safety rating of the Fiat Panda. Already seeming outdated, the ageing Panda was given zero stars, putting it way behind rivals including the Hyundai i10 and SEAT Mii, which have ratings between three and five stars. The Panda received a four-star rating when it was tested under older Euro NCAP regulations but has fallen way below the safety standards set by the newest cars on the market - that’s reflected in the zero stars it achieved when put through its paces under the latest, more stringent Euro NCAP tests.

You can boost the Panda’s safety further by adding the optional Active Safety Pack, which brings hill-hold, rear parking sensors and a city-braking system that stops the car automatically if it detects you’re about to run into the car in front.