The Lexus ES is a large car, with plenty of passenger room for tall adults, but it does have one major drawback; it’s a traditional saloon by design, so has a rather inflexible boot with fixed rear seats.

Measuring almost five metres in length, the ES is one of the longest cars in the executive saloon car class and this translates to impressive interior space for passengers. Nobody should want for legroom in the front or back seats, but headroom in the back is somewhat tight as a result of the sloping roofline. This is slightly mitigated in the Takumi version, because the rear seats can recline slightly. 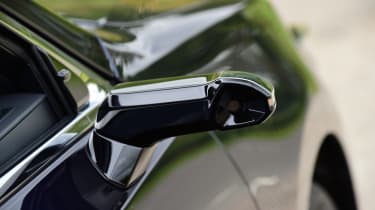 Every ES comes with electric adjustment, not only for the driver's seat but also the steering wheel, making it easy to find a comfortable driving position. Visibility isn't a problem forwards and to the sides, but the rear window is rather narrow. Luckily, reverse parking is made easier by a standard rear-view camera.

Saloons have suffered a sales decline in the UK, partly because their boots tend to lack the flexibility of crossover and SUV models. That's the case here, because not only is the opening smaller than a hatchback, the rear seats are fixed in place and can't be folded down. 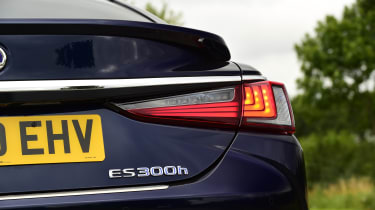 The loading aperture is wide at least, but there's a lip to load items over. Measuring 454 litres, the boot itself is also fairly small - the Audi A4 and BMW 5 Series both offer 76 litres more, while the Mercedes E-Class has 180 litres extra.

Unfortunately, it doesn't look like the ES will be approved for towing by Lexus, so owners looking to haul a caravan or trailer will need to look elsewhere.