The MINI Electric is one of the brand’s most popular models; every third MINI three-door to roll off the production line in 2021 was an EV (electric vehicle).

But while MINI’s petrol range comprises hatchbacks, SUVs and even convertibles, its line-up of electric vehicles hasn’t expanded since the launch of its urban-focused Hatch back in 2019. That’s soon set to change; its replacement is due next year and a zero-emission Convertible will follow by 2025.

Not willing to wait, a small team at MINI has now put the running gear from the outgoing MINI Electric Hatch, into the body of a current-generation Convertible. The idea, while not for production (yet), is to give potential customers a glimpse of the future – both in terms of brand direction and how an electric drop-top might look, and feel. You can read our driving impressions – and watch a video from Carbuyer sister site, DrivingElectric – below. 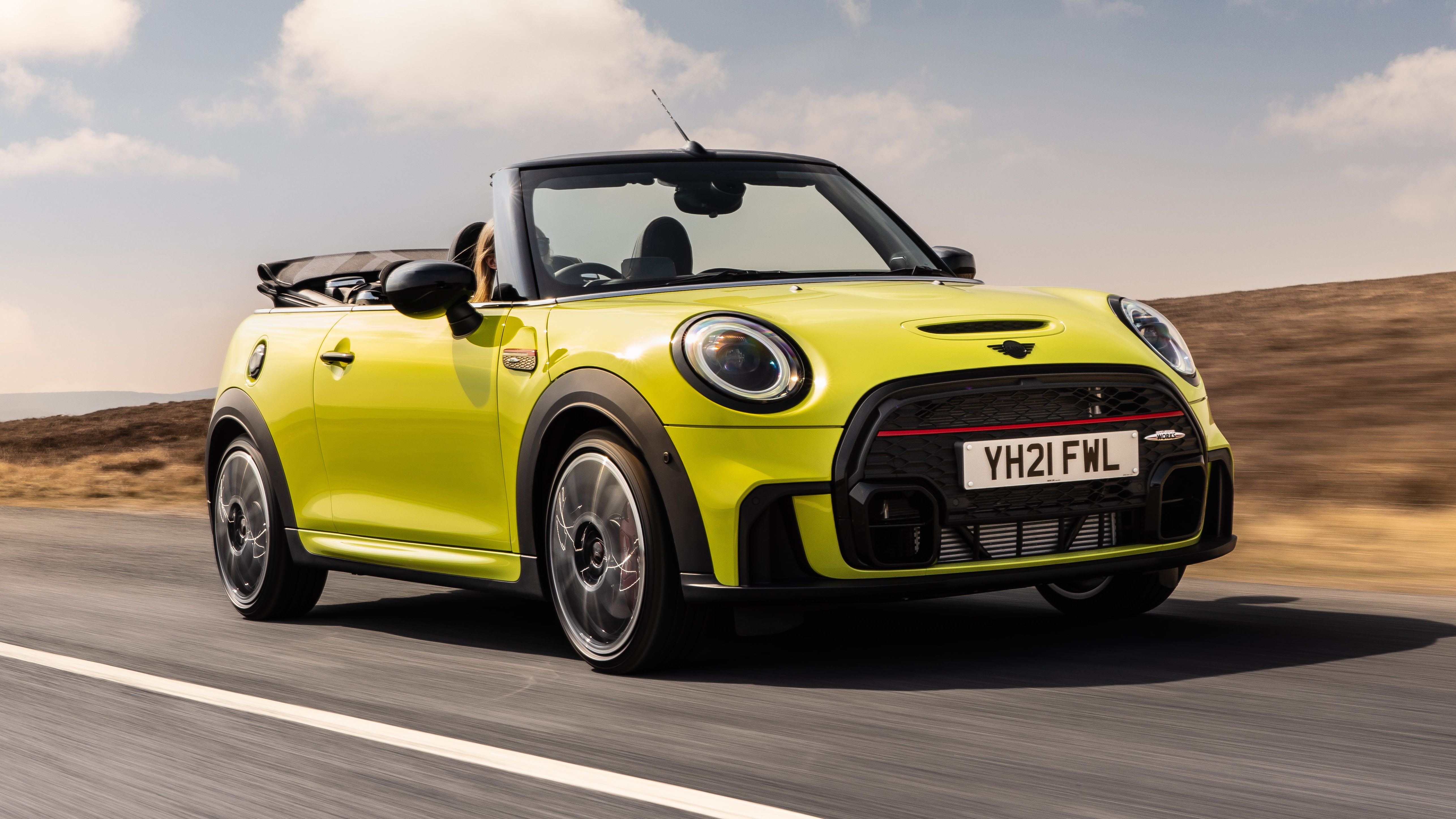 The production car will boast a bigger battery for a touted range of up to 250 miles. But the one-off prototype – revealed to brand fans and MINI owners at the recent MINI takes the States event in the USA – is hampered by the same 28.9kWh unit found in the current Hatch. Range is largely unaffected, meaning a total distance of around 140 miles between charges. A 10-80% top-up takes less than half an hour from a 50kW rapid charge point.

This prototype weighs around 140kg more than its fixed-roof sibling. The added bulk does have an effect on performance; the identical 181bhp electric motor means 0-62mph takes 7.7 seconds – half a second slower than the Hatch. The 93mph top speed is the same, however.

Visually, there’s very little to tell the electric Convertible apart from its petrol counterpart. It gets the EV-specific acid green detailing and plug-style alloy wheels, but otherwise it’s indistinguishable from the standard car – or at least it would be if it didn’t feature ‘This toy is electric’ branding down the side.

It is the same length, width and height as the normal Convertible, and has the same 160-litre boot. The power-operated roof folds in 18 seconds and at speeds of up to 19mph, concertinaing onto the rear deck so as to not compromise luggage space.

MINI insists that while this Convertible is officially just a testbed for what’s to come, there are no logistical constraints – given its similarities with the electric Hatch – that would prevent the company putting it into production. So if the demand is there, we could even see a zero-emission MINI drop-top before the middle of the next decade.

To get a flavour of what a MINI Electric Convertible might eventually look and feel like, we were invited to take this special one-off for a drive along the Portuguese coast, not far from Lisbon.

Lowering the roof and pushing the acid green starter button, it feels both familiar yet different. The cabin layout is all but identical, so you get the same digital instrument cluster, and circular central display. The controls are intuitive and the seating position easy to adjust.

Pulling away is as simple as putting your foot on the brake and engaging drive; that’s the beauty of EVs – there are no gears to contend with, you just get in and go. The MINI is silent at low speeds, though with the windows up, the Convertible does a great job of limiting the buffeting you often get when you lower the roof – even at 60mph.

Given the huge hit of instant torque, you’d never know this Convertible is slower than the Hatch; 0-62mph takes 7.7 seconds (half a second slower), but it feels eager to accelerate at any speed, making quick overtakes a cinch.

Perhaps most pleasingly, it handles just as you’d expect a MINI to handle. The added weight isn’t easy to detect, buried beneath the floor for a favourable centre of gravity. There is very little body roll, and grip is excellent. The steering is nicely weighted and the brakes work brilliantly – with the strong regenerative braking set-up offering one-pedal driving, should this style suit you.

The single thing missing from the Electric Convertible is the sound. You don’t immediately notice it, nor do you miss it in normal, day-to-day driving. But when you start to pick up the pace, some might lament the lack of engine noise. It was often considered part of the standard MINI’s character; something the engineers will need to think about for the new generation of electric vehicles.