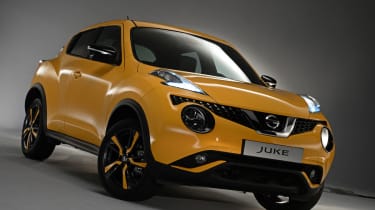 A new version of the popular Nissan Juke SUV is due later in 2017. Nissan is set to release the second-generation of its popular crossover SUV with hybrid engines and an all-new mechanical backbone.

The original Juke caused a stir when it first launched thanks to its eye-catching looks, SUV stance and low running costs. A key reason for its success was that it actually shared many components with the 2002 Nissan Micra.

An overhaul is now definitely due, and the new Nissan Juke should bring fresh competition to rivals such as the Peugeot 2008, Mazda CX-3 and Audi Q2. 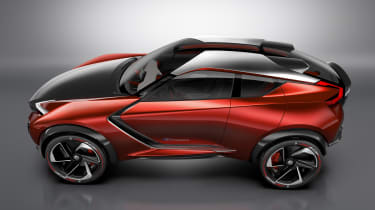 While the new Juke’s styling team are thought to be following the lead set by the latest Nissan Qashqai, the Gripz concept seen above is also likely to be a source of inspiration – not least because that concept featured a hybrid setup. As Nissan still continues to sell around 100,000 Jukes a year, however, the company is likely to make the new model instantly recognisable as a Juke.

It’s under the metal where the real changes will be found, as the all-new Juke will sit on the same platform as the current Nissan Micra, which should mean the car is quieter and more relaxing to drive.

The outgoing Juke’s eye-catching styling drew many buyers to the doors of Nissan dealerships and Nissan’s chief creative officer, Shiro Nakamura, told our sister title Auto Express that its replacement will be “edgy and less mainstream” like its predecessor.

Expect to see a fresh iteration of the facelifted Nissan Qashqai’s radiator grille and prominent Nissan badge on the front of the new Juke. Prominent head and foglights are likely to be necessary for the car to retain its character.

In 2015, the Nissan Gripz concept pointed to a more streamlined look for the next Juke, but we expect its hallmark high-mounted headlights and blistered wheelarches to be retained. Nissan’s latest corporate nose styling – as seen on the latest Nissan Qashqai – will also be incorporated. The new model is also likely to be noticeably longer, a move that should combat criticism that the original car was short on rear legroom.

The interior of the car will show new thinking, too, with upgrades to trim quality, fit and finish. The latest Nissan Micra offers clues as to how the next Juke could look on the inside and the Juke is likely to follow that car’s lead with a more sophisticated infotainment system that supports Apple CarPlay and Android Auto.

The interior will be given a range of personalisation options, with contrasting colours applied in prominent locations to lend a sense of individuality. 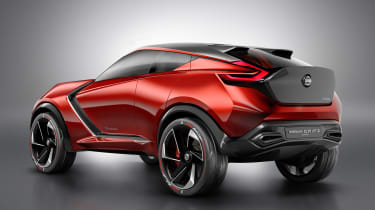 The next Nissan Juke will be built on an all-new platform shared by Renault and Nissan, which have been strategic partners since 1999. The relationship enables the companies to share technology and the Juke is likely to be offered with a range-extender hybrid engine option, as shown in the the Gripz concept. Nakamura commented: “It’s very tough to meet our emissions requirements without hybrid. It’s almost mandatory.”

Other engines will include a 1.5-litre dCi diesel engine, as well as 1.0-litre three-cylinder and 1.6-litre four-cylinder turbo petrols. The latter will be used in a high-performance flagship model, producing around 190bhp. 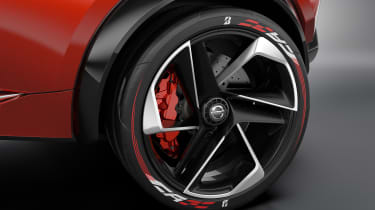 With Nissan concentrating on the launch of the 2017 Nissan Micra beforehand, the next generation of Nissan Juke is expected to be seen in concept form towards the latter half of the year. It’s possible that the production version of the new Juke could arrive by the end of 2017.