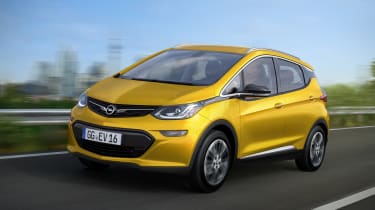 Opel – of which Vauxhall is the UK arm – has announced a new all-electric hatchback, the Opel Ampera-e.

Based on the Chevrolet Bolt (all these companies are part of American giant General Motors), it promises impressive all-electric range and an affordable purchase price. This new car also signals the start of a major product offensive, with 29 new models due to appear between 2016 and 2020.

As the starting point for this deluge of new models, the Ampera-e revives the name last seen on the innovative range-extending hybrid Vauxhall Ampera hatchback that was discontinued last year due to low sales. This new car will make its public debut at the forthcoming Geneva Motor Show.

The new Opel Ampera-e is designed to be as aerodynamic as possible – thereby improving all-electric range – as well making extensive use of aluminium to keep weight down. 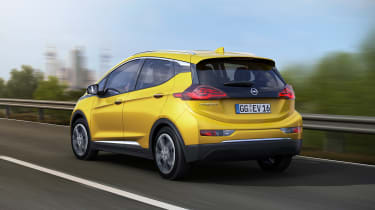 While there's no official word on the new car's range, judging by its US sibling the Bolt, it looks set to offer at least a 200-miles range and could cost in the region of £20,000 after the Government’s £5,000 electric-car grant.

General Motors chairman and CEO Mary Barra said at the car's launch: "GM and Opel have always been convinced that electric cars will play a defining role in future mobility. The game-changing technology of the Ampera-e is a significant step toward realizing that vision. Our new battery electric car is also another boost for Opel's reputation for making innovative engineering widely accessible."

Inside, the new car will offer class-leading interior space thanks to innovative battery packaging. Unlike other all-electric cars, the Ampera-e stores its batteries under the floor, so they don't compromise passenger or luggage space. According to Opel, the Ampera-e will have comfortably enough space for five occupants.

It'll also come with the company’s OnStar connectivity service, which adds wireless internet connectivity as well as automatic notification of the emergency services in the event of a crash.

As yet, there's no official word on pricing, performance or an on-sale date, but we expect the car to go on sale towards the end of 2016 – and, although this has yet to be confirmed, it's likely to be coming to the UK badged as a Vauxhall – and be priced from around £20,000 (after the Government grant). Key rivals will include the Nissan LEAF and BMW i3.