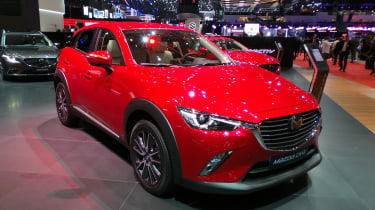 There’s no need to play spot the difference, this isn’t a facelifted Mazda CX-3. Instead, Mazda says the strong-selling SUV crossover has been “overhauled and updated” for 2017.

The majority of the new improvements to the Nissan Juke, Renault Captur and Peugeot 2008 rival have happened where you can’t see them.

Mazda has always set the CX-3 up to be much more driver-focused than many of its rivals, and tweaked suspension should keep it ahead of the chasing pack.

The company’s ‘G-Vectoring Control’ has also been updated to improve grip and stability, and reward the driver with more involvement. It controls how much torque (turning force) is distributed between the front wheels, raising the CX-3 above much of the competition.

In addition, the 1.5-litre ‘Skyactiv-D’ diesel engine has received some attention to make it feel more like a petrol engine, while emitting just 105g/km of CO2 and returning a claimed 70.6mpg economy. 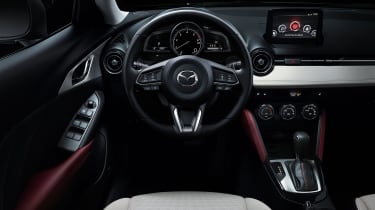 Increased sound deadening should mean that the CX-3 is now also more refined than before, and inside there’s the option for a new, heated steering wheel on Sport Nav models. Like the BMW X1, a colour head-up display can be optioned as well.

The CX-3’s engine line-up is still the same, consisting of a 1.5-litre diesel with a choice of front or four-wheel drive that serves up 104bhp, or a 2.0-litre, 118bhp front-wheel-drive petrol. There’s also a 148bhp, four-wheel-drive version of the same engine.

There’s a new flagship GT Sport special edition, but you’ll have to be quick if you want one on your driveway. Only 500 will be made, featuring unique styling additions including a body kit, black roof spoiler and 18-inch alloy wheels.

A choice of Ceramic Metallic and Meteor Grey Mica paint colours are available, and the limited edition is kitted out with Nappa leather and unique floor mats. 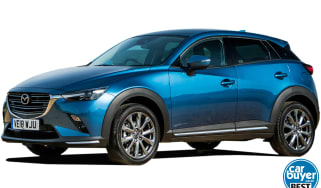 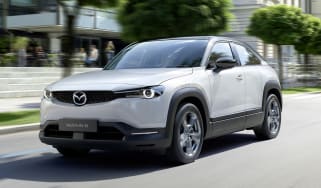