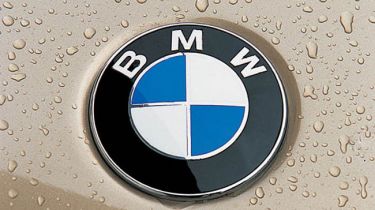 The 2018 BMW Series, codenamed G20, is reported to be up to 100kg lighter than the current car which, in conjunction with a new family of efficient engines, means economy will be significantly improved.

The chassis is being designed and constructed using the carbon fibre know-how BMW has gleaned from producing cars such as the BMW i8 supercar and the latest BMW 7 Series. Elements of the latter’s chassis will be integrated into the new 3 Series.

A reduction in weight should also improve the agility for which the 3 Series is famous. This will be aided by new, lighter three-cylinder engines, which while small, will still pack a punch.

The range is likely to kick off with the same 1.5-litre three-cylinder petrol engine found in the current 318i. This will be joined by a number of diesels, including a three-cylinder 1.6-litre and a range of four-cylinder, 2.0-litre diesels.

BMW’s new family of Efficient Dynamics engines are also likely to feature further down the line. BMW says these engines, which will be rolled out across a wide range of BMW and MINI models, are capable of reducing CO2 emissions by around 5% while increasing power and pulling power by around 7bhp and 15lb/ft respectively.

Particulate matter and NOx emissions, the two pollutants under the closest scrutiny at the moment, have been significantly reduced in the new engines.

At least one model in the BMW 3 Series G20 range will feature plug-in hybrid technology, and there’ll also be a fully electric version. The BMW 3 Series EV, which could be badged 3 Series eDrive Sport, is expected to provide a range of around 300 miles from a 90kWh battery. This model isn’t expected to appear until 2020 and will become a rival for the Tesla Model 3.

The heavily camouflaged car we've seen don’t give a huge amount away when it comes to exterior design, but it’s highly likely the new 3 Series will feature bumpers and front grille similar to those on the recently launched BMW 5 Series.

There should be more interior space thanks to an increase in wheelbase (the distance between the front and rear wheels), and improved interior quality. The new 3 Series is likely to feature BMW’s latest gesture control technology, allowing operation of some the car’s infotainment systems without the need to touch buttons or screens.

The G20 BMW 3 Series is likely to be revealed later this year, possible at September’s Frankfurt Motor Show, with sales beginning early in 2018.