Today marks the start of the new road tax system, but 60% don’t know about it 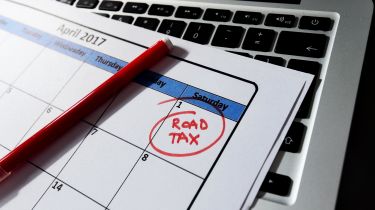 British consumers are still in the dark about today’s new road tax system, a survey by Carbuyer has found.

Earlier this year, we ran a poll that found almost 90% of buyers were unaware of the new system. Three months later, and with the new road tax system now upon us, rerunning this survey revealed 60% still don’t know about it, and just a fifth are fully aware.

With that in mind, we’ve put together a list of the five things you need to know about the new road tax system.

The old road tax system allowed the owners of cars that emitted less than 100 grams per kilometre (g/km) of carbon dioxide (CO2) to escape paying road tax. Under the new system most cars cost £140 a year to tax, regardless of how much CO2 they emit. The first year of road tax remains based on CO2 emissions, but as this cost is usually figured into a car’s on-the-road price, consumers are unlikely to notice a difference. Note hybrids and cars running on bioethanol or LPG get an annual discount of £10.

That £140 annual flat rate applies to all cars, but models with a list price of over £40,000 – including optional extras – will be subject to a further £310 annual levy. This surcharge means once the first year of road tax has elapsed, expensive cars will cost £450 a year to tax from years two to six, after which the cost drops to £140 a year.

3. The new system has been introduced because the Treasury was missing out on revenue

When the old road tax system was introduced in March 2001, very few cars emitted less than 100g/km of CO2. A proliferation of cleaner engines led to a surge in the number of vehicles undercutting magic figure and the Treasury was missing out on substantial revenue each year as a result. The new road tax system will address this, and also put petrol and diesel cars on a more level playing field: after the first year of ownership, the low CO2 emissions associated with diesels have no effect on how much road tax owners pay.

4. Cars without an engine are still exempt

The Government is keen for motorists to adopt cleaner cars, so models that don’t directly emit CO2 will still be exempt from road tax. That means ‘pure’ electric vehicles, or EVs, escape road tax, as do hydrogen cars. Once a car emits a single gram of carbon dioxide, however, its owner must pay tax.

5. Some cars will actually be cheaper to tax

The new road tax system may mean few cars escape the annual road tax bill, but some cars are now cheaper to tax – particularly models costing less than £40,000 with large engines and high CO2 emissions. The Ford Mustang 5.0-litre V8 is a good example of this; under the old road tax system, its CO2 emissions of 299g/km meant it was liable for a top-rate annual rate of £515. Under the new system, however, it gets the same £140 rate as a humble Skoda Citigo with a 59bhp 1.0-litre engine.

It’s worth noting that whatever tax structure was in place when your car was first registered is honoured for as long as it’s on the road – so if you registered a new car before 1 April 2017, you won’t be affected by the new system.

The table below outlines what you’ll pay under the new road tax system, and if you’d like to know more, make your way over to our detailed guide.