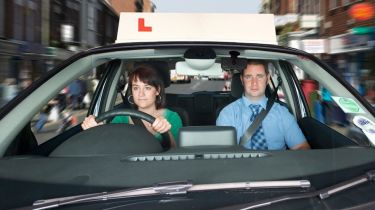 The UK driving test has undergone some big changes, which are now in force – despite protest from some driving instructors.

The Driver and Vehicle Standards Agency (DVSA), the body that overseas driving tests in England, Scotland and Wales, reasoned that an overhaul was long overdue for the test that all drivers must pass before a full driving license is granted.

The changes are intended to reflect changes in how people use their cars. The test now includes a stronger emphasis on 'independent driving', which includes the use of sat nav. This, incidentally, has been standardised as a TomTom Start 52 – we've reviewed it and others in our guide to the best sat navs you can buy today. The maneuvers on which candidates are tested have been changed, too – and it's this element of the overhaul that has met with criticism from some driving instructors.

Over 2,300 UK instructors voiced their concern over a new test step that has been introduced, alleging that it goes against the rules of the Highway Code. It requires that candidates pull to a standstill on the right-hand side of a road before reversing the equivalent of two car lengths. The maneuver has been condemned for its contradiction of Highway Code rule 238, which states "do not park facing against the traffic flow".

Driving instructor Antony Cove started a petition, saying "Both myself and every driving instructor I've spoken to are totally against this idea, as it's such a dangerous exercise... Imagine the situation where they pull up, reverse two car lengths so they're now fairly close to a car behind and then a van or lorry pulls up in front of them? How are they going to move out safely? If they're starting to pull out blindly and the examiner sees something coming, what does he or she do?"

The maneuver isn't mandatory in the test, however, and has been defended by the DVSA. It says: "DVSA is committed to helping people through a lifetime of safe driving and the new test will better assesses a driver’s ability to drive safely and independently. The new manoeuvre reflects how people actually drive and it's vital they have the knowledge and skills to do it safely, which is why it's included."

With driving test changes now in force, the DVSA says that over 4,300 learner drivers have trialled the new measures, which have the support of road-safety groups and the driver-training industry. The new maneuver is one of three that an examiner can choose to test a candidate on – the previous 'turn in the road' and 'reversing around a corner' tests are set to be discontinued.

Eventually, new drivers of all vehicle types will be affected, but learner car drivers were the first to face the updated test from 4 December onwards.

The redesigned driving test acknowledges the increased technology that new drivers are likely to encounter and places more emphasis on higher speed driving than low-speed maneuvers. The reversing test will also change to simulate situations far more frequently met in everyday driving. The DVSA says the changes reflect the value new drivers place on independent driving tuition and aim to include more of the road conditions drivers will face after passing the test.

The key change is a lengthened 'independent driving' test section. This has been extended to 20 minutes from its previous 10 minute duration and now makes up roughly half of the test length. During this section of the test, most candidates will be asked to follow route instructions from a sat-nav system.

The sat nav used will provided by the examiner and has been standardised as a TomTom Start 52. There's no requirement for the candidate to programme the route, which will be pre-set by the examiner. However, one in five tests will see the use of sat-nav sidelined in favour of following road signs. Going the wrong way doesn't affect the outcome of the test, though – unless your driving shows a fault while doing so.

To allow time for the longer independent driving section, the traditional 'reversing around a corner' and 'turn in the road' tests have been discontinued, although the DVSA emphasises that these maneuvers should still be taught by instructors. During the test itself, candidates will now be required to parallel park at the side of the road, park in a bay (either driving in and reversing out or vice versa), or to pull alongside the kerb (on either side of the road), reverse two car lengths and then rejoin traffic safely. The choice of maneuver tested will be at the examiner's discretion.

Test candidates are also asked two vehicle safety questions during the test. There'll be a 'tell me' question, where a clear explanation must be given of how you'd carry out a safety task – this will be asked before setting off on the test route. A 'show me' question will be asked while the candidate is driving, requiring them to show how they'd perform a safety task, such as cleaning the windscreen using the car's controls.

Why is the driving test changing?

The DVSA says that the changes have been made because young drivers find independent driving training something they can relate to after passing their driving test. It also says that, with sat nav featuring in 52% of new cars sold, new drivers should be properly trained in how to use it.

The changes were approved after a trial involving 4,300 learner drivers and 860 driving instructors, along with a public consultation among 3,900 people. Of these, 88.2% agreed with extending the 'independent driving' aspect of the test – doing so is intended to allow more time driving on faster (though still non-motorway) roads, where a high-speed collision is most likely.

The redesigned driving test became the official standard for England, Scotland and Wales from Monday 4 December 2017, with the test duration and cost remaining unchanged. Learners can find useful hints on preparing for – and passing – the driving test in our guide to how to get your driving licence.