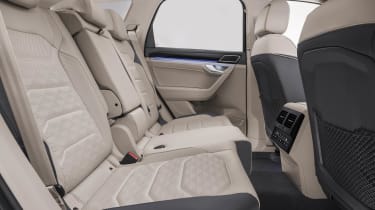 Volkswagen has revealed its all-new Touareg SUV at an event in China ahead of a full release later this year. The car gets a new design inside and out, with the latest safety and infotainment technology and a range of up-to-date engines, complete with electrification.

The new SUV will be powered by a range of V6 engines from launch, including a plug-in hybrid version that’ll only be available in China at first. In the meantime, European buyers will be able to choose between 228 and 282bhp versions of a V6 TDI diesel, followed by a 415bhp V8 diesel (likely to be in a sporty model) and a 335bhp V6 petrol. 4MOTION four-wheel drive is standard on all models, as is an eight-speed automatic gearbox. 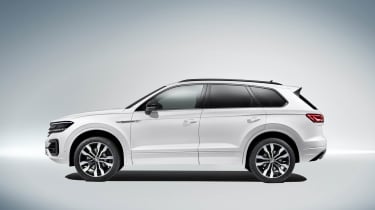 Differential locks and a 4MOTION Active Control drive mode selector mean the Touareg should be pretty handy off-road if the need arises, while all-wheel steering, air suspension and active roll-compensation technology are all options. All models boast a 3.5-tonne towing capacity.

It hasn't yet been confirmed which combination of engines will be offered in the UK, while performance, economy and emissions figures have also yet to be released.

The new Touareg will be offered in three trim levels, referred to as ‘equipment worlds’ by VW: Atmosphere, Elegance and R-Line. Each brings a different feel to the car’s interior, along with varying levels of standard kit and sporting intent. 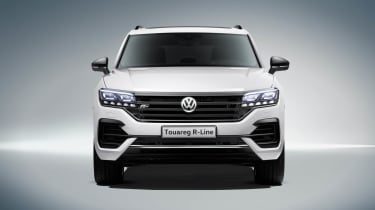 Outside, the new Touareg gets a sharp and imposing design. LED lights feature all round, wheels range from 18 to 21 inches in size and the body is marginally wider and longer than before, but sits lower, too. The car is 106kg lighter than its predecessor and boasts better packaging, with the boot growing from 697 to 810 litres. A range of 13 exterior colours will be offered. 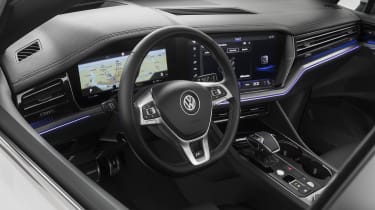 The car’s interior boasts the expected swathes of leather and metal trim, with a modern design that brings the Touareg in line with rivals like the Volvo XC90. The Touareg is the first Volkswagen to be fitted with the company’s Innovision Cockpit, a large and versatile infotainment system that incorporates a 12-inch Digital Cockpit display in place of traditional dials and a central 15-inch touchscreen on the dashboard. Car settings, sat nav and infotainment are all controlled from this system – Volkswagen claims that it's the most ‘digitalised’ interior it has ever produced. Ambient lighting with 30 colours helps set the mood, while all-new massage seats are offered as an option. 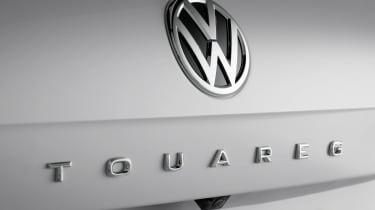 Safety is a headline feature, with Volkswagen packing the Touareg with a range of active assistance systems, either as standard or as optional equipment. These include night vision, lane-keeping assistance that can operate in roadworks, active four-wheel steering and ‘IQ.Light’ LED matrix headlights, which can illuminate pedestrians with a flash to warn both them and the driver.

It's not yet known when the new Volkswagen Touareg will reach the UK, but an early 2019 on-sale date is likely. 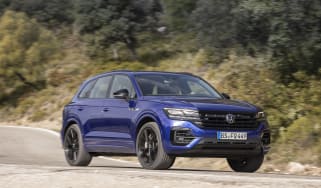 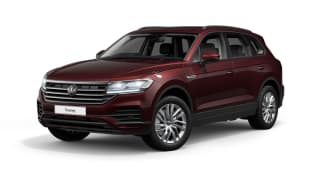