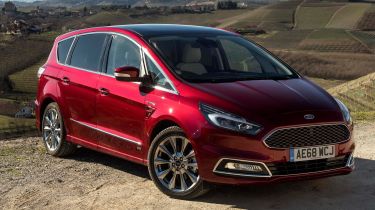 Ford has announced a series of updates for its largest cars, the S-MAX and Galaxy seven-seater MPVs. The updated models bring cleaner diesel engines, a new eight-speed automatic gearbox and a range of new driver-assistance and safety technology.

Both cars are now available with a 2.0-litre EcoBlue diesel engine in 118, 148 and 187bhp form, or with 237bhp in twin-turbo form. Paired with the standard six-speed manual gearbox and smaller 17-inch wheels, all but the most powerful Galaxy proves equally frugal, with a claimed fuel-economy figure of 55.4mpg. That figure is the same for the least powerful S-MAX, with its two middle-output engines returning 56.5mpg on average. Automatic versions take a slight hit.

The most powerful 237bhp engine is automatic-only and returns 47.9mpg when fitted with the larger 19-inch wheels in the S-MAX, or 46.3mpg in the larger Galaxy with 17-inch wheels. 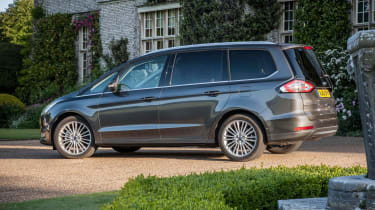 All models bar the least powerful option are available with Ford’s latest eight-speed automatic gearbox, operated by a rotary dial on the centre console. The adoption of this new gearbox means both the Galaxy and S-MAX will benefit from stop-and-go cruise control, while an advanced blind-spot monitoring system also features. Four-wheel drive can be specified on Galaxy and S-MAX models with the 148 and 187bhp engines; the former is manual-only, while the latter is only available as an automatic.

Ford has also added its ClearView windscreen wipers, which feature wiper-mounted washer jets and are designed to fold inwards towards each other, clearing as much of the windscreen as possible. Both cars are also available with adaptive headlights and active parking assistance.

Inside, the Ford S-MAX and Ford Galaxy get an upgrade to Ford’s latest SYNC 3 infotainment system, which includes voice command functionality for audio, navigation and climate control. Apple CarPlay and Android Auto also feature, all displayed on an eight-inch screen. 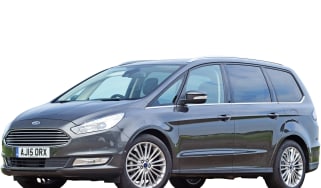