The Ford Galaxy MPV has been a staple on British roads since the nineties, when it arrived to take on the successful Renault Espace in a growing new class. Buying trends have shifted in favour of SUVs now, but the current Galaxy is the best yet.

Previously, Ford worked with VW on its big people carrier, leading to similarities between the Galaxy and Volkswagen Sharan, but that’s no longer the case. In fact, the Sharan and closely related SEAT Alhambra are its biggest rivals. The Galaxy is slightly larger, giving passengers a touch more room inside, and it’s well equipped, too. It sits at the top of Ford’s MPV line-up, above the Ford S-MAX, which is essentially a sportier version of the Galaxy.

Quite a few cars will seat seven, including SUVs like the Land Rover Discovery Sport and Skoda Kodiaq, but very few offer as much space for each passenger as the Galaxy. While many are really intended for five adults and two kids, seven fully grown people can travel in the Galaxy in comfort. Those seats aren’t static either – you can fold them down in multiple configurations to adjust the amount of luggage space depending on how many people are inside. Stow them all away and you’ll have a luxurious van to haul furniture with. 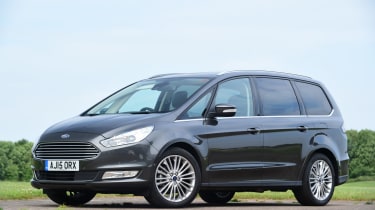 You might think Ford’s reputation for selling sharp-handling cars wouldn’t extend to the Galaxy, but you’d be wrong. This box on wheels doesn’t need to work off-road like most SUVs, so its suspension offers deft handling, with little body lean and a smooth ride. Even the steering is precise and offers plenty of feel, giving you confidence in the tyres' grip.

In 2019, Ford discontinued the 237bhp 2.0-litre turbocharged diesel engine from the Galaxy line-up, leaving a choice of less powerful diesel engines that are perhaps better suited to its effortless mile-munching character.

They range from 148 to 187bhp, and the 187bhp 2.0-litre diesel, capable of 43.5mpg, offers a great blend of power and economy. You can choose a four-wheel drive version, too; its extra traction in slippery conditions comes at the expense of increased fuel consumption, but if you make frequent ski trips, it could be worth considering (as long as you can stomach the higher list price).

Another strong Galaxy attribute is build quality. Although some of the interior materials (and there are a lot of them) are clearly robust rather than handsome, it’s all well assembled and pleasant to touch. No model is anything less than generously equipped, either – even the entry-level Zetec has alloy wheels, DAB radio, Bluetooth and climate control and Ford’s SYNC 3 infotainment system, while Titanium adds sat nav, cruise control, lane-keeping assistance and automatic headlights and wipers.

The Galaxy achieved a five-star safety rating in crash-testing by independent experts Euro NCAP, with seven airbags on all models and autonomous emergency braking available as an option on top-spec versions. While Ford itself doesn’t have the best reputation for reliability, the Galaxy uses proven technology and many private-hire companies rely on it to cover huge mileages every day. Maintenance costs shouldn’t be exorbitant, either.

Not every family needs an MPV this big, but if seven people need to travel together in comfort and safety – and quite quickly if needs be – the Galaxy is well worth a look, especially the Zetec model with the 148bhp engine diesel and an eight-speed automatic gearbox, which is capable of around 43mpg under the WLTP testing cycle.

If you want to transport seven people as easily as possible and in as much comfort as you can, you’ll find the right in our run-down of the 10 best la…
Ford S-MAX and Ford Galaxy updated for 2018 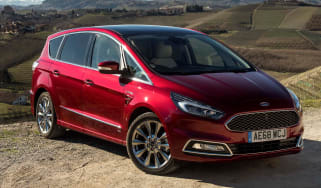 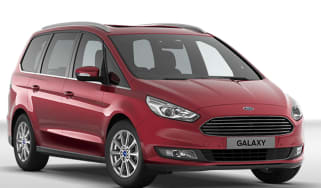 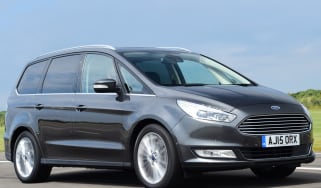 "The Ford Galaxy is massive, luxurious and better value than a 4x4. It also gets the balance between driving enjoyment and ride comfort spot-on."
All-new 2015 Ford Galaxy - full details 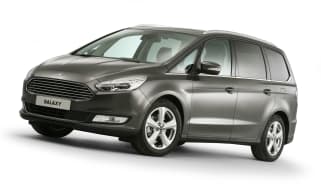