Audi has revealed new PHEV drivetrains for the Q5, A6, A7 and A8 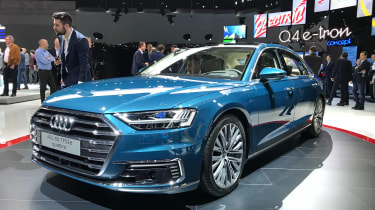 Audi has announced four new plug-in hybrid ‘PHEV’ models of the Q5, A6, A7 and A8, all of which will wear ‘TFSI e’ badges. The new cars made their public debut at the Geneva Motor Show and will be available to order later this year. Prices will be confirmed nearer their release.

The Q5, A6 and A7 variants will be available in two different power outputs. The lower-powered versions will be badged as 50 TFSI e and use Audi’s 2.0-litre turbocharged four-cylinder petrol engine combined with an electric motor to give power of 291bhp and 450Nm of torque. The second, more powerful variant is badged as 55 TFSI e and features a 3.0-litre V6 petrol engine and the same electric motor, upping power to 357bhp and 500Nm of torque.

Best hybrid cars you can buy

Gearboxes vary across the model range, with the Audi Q5 PHEV getting a seven-speed S-Tronic automatic and four-wheel drive, while the A6 and A7 models get a dual-clutch gearbox.

At the top of the range, the new hybrid A8 offers a pair of different powertrain options badged as 55 TFSI e and 60 TFSI e. The lower-powered 55 TFSI e model uses the same 291bhp setup as the Q5, A6 and A7 while the range-topping 60 TFSI e uses the same engine but with power increased to 436bhp and 700Nm of torque. 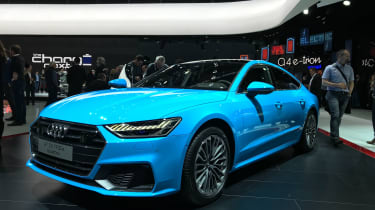 All TFSI e models get a 14.1kWh lithium-ion battery pack that sits under the boot floor, with Audi claiming an electric-only range of 25 miles under the current WLTP testing cycle.

Audi has also added unique driving modes across the four models dubbed ‘efficiency,’ ‘comfort’, ‘auto’, and ‘dynamic’. These allow the driver to change the responsiveness of the hybrid powertrain, and adjust the weight of the steering and stiffness of the suspension depending on the mode selected.

The powertrain can also be adjusted across three different modes from ‘EV’, ‘auto’ or ‘hold’, with each changing the cars’ priorities for energy usage from all-electric drive, fully automated hybrid driving, or a power saving mode that ensures a constant charge to the batteries, allowing pure-electric running for part of a journey.

Audi says buyers of the new PHEV models can request access to the manufacturers own charging network for an additional fee. They, will of course, also be able to charge their cars with public or home chargers.

Want to know more about Audi’s current EV tech? Check out our Audi e-tron review and see the Carbuyer recommendations for the best hybrid cars you can buy in 2019. 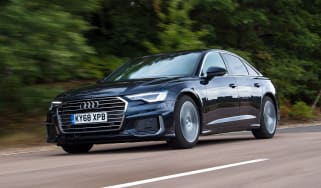 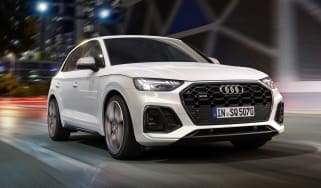 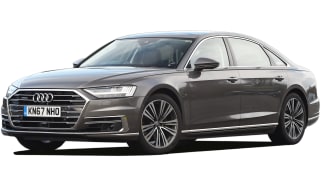