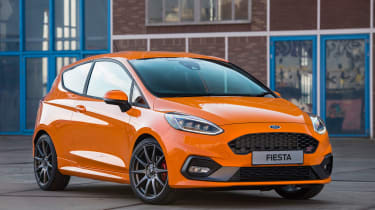 The Ford Fiesta ST Performance Edition has been revealed and will be exclusive to 600 Ford enthusiasts in the UK. The factory-modified hot hatch comes a year after the standard Fiesta ST launched, and boasts handling improvements and striking Deep Orange paintwork.

The ST’s already waspish agility is boosted by a set of lightweight 18-inch alloy wheels and uprated suspension. The 10-spoke wheels are flow formed, making them "lighter, stronger and more durable" according to Ford. They weigh 7kg less than the standard Ford Fiesta ST wheels and are finished in a tough triple coat of Magnetite paintwork.

Even more radical is the Ford Performance coilover suspension with stainless steel dampers and powder-coated Ford Performance Blue coil springs. This setup lowers the car's ride height by 15mm at the front and 10mm at the back, and has undergone rigorous testing at the Nurburgring Nordschleife. Owners will also be able to fine-tune the suspension, altering its 'bump' and 'rebound' settings to their driving style or the track they're on. The car’s rorty 197bhp 1.5-litre petrol engine and six-speed manual gearbox have been left untouched, so you can still expect 40mpg fuel economy. 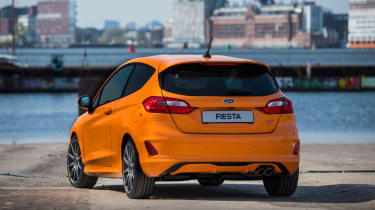 Based on the ST-3 trim level, the Performance Edition gets LED headlights and a B&O stereo system as standard. There's also go-faster hardware like a Quaife limited slip differential, launch control and shift light indicators to help the driver nail perfect gear changes.

Going on sale in June 2019, the Performance Edition is expected to cost at least £3,000 more than the standard ST-3, so around £25,500. Deliveries are expected from September, adding to the 5,000-plus sales the ST has racked up since it arrived in May last year.

If you’re excited by the sound of the Performance Edition, you might want to read our full Ford Fiesta ST review. Not only is it a riot to drive, it's surprisingly grown-up when you aren't attacking a B-road. 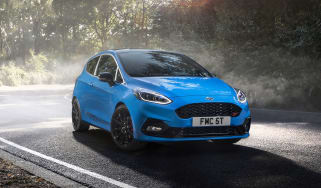 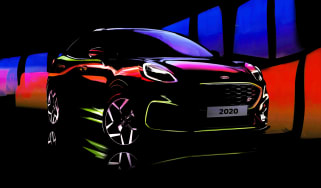 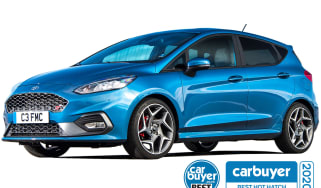