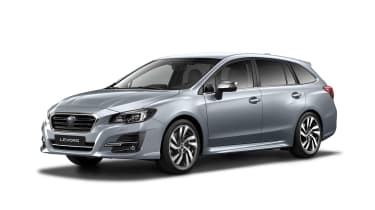 The new Subaru Levorg estate has been revealed with revised styling, updated tech and a new 2.0-litre engine. The mid-life refresh will give the Levorg a much-needed boost as it attempts to rival the recently updated Ford Focus Estate and the current Volkswagen Golf Estate. The new Subaru Levorg GT Lineartronic is available to buy from 1 July with prices starting from £30,995.

The most significant change to the new Levorg is under the bonnet, with a larger 2.0-litre four-cylinder petrol engine producing 147bhp. Power goes to all four wheels via Subaru’s ‘Lineartronic’ CVT automatic gearbox, giving a claimed top speed of 121mph, CO2 emissions of 167g/km and a fuel economy figure of up to 32.6mpg.

The exterior of the new Levorg gets a redesigned front bumper and radiator grille, and new 18-inch alloy wheels. It also gets clever new LED headlights that change direction in response to the steering, plus new LED fog lights. 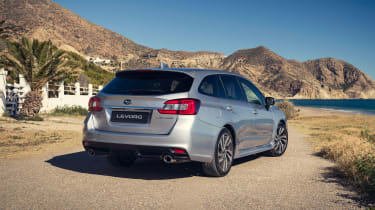 Inside, Subaru has revised the design of the dashboard, door cars and switchgear and made the boot more practical with the addition of a new 40/20/40 split folding rear seat. The infotainment system has been updated with a new seven-inch dash-mounted touchscreen with sat nav and Apple CarPlay and Android Auto.

Do you want to know how the new Subaru Levorg compares to its rivals? Read our review of the Ford Focus Estate.