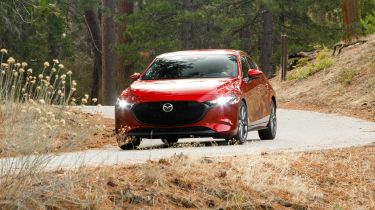 Prices have been revealed for the Mazda3 with the company’s new Skyactiv-X engine. Models featuring the new petrol engine will start at £23,555, rising to £31,295. The new engine will be available from October 2019, along with a new saloon version of the Mazda3.

The new 178bhp petrol engine isn’t available for the entry-level SE-L or SE-L Lux trim levels but you’ll be able to choose it on a new Sport model, along with Sport Lux, GT Sport and GT Sport Tech versions of both the hatchback and saloon. Choose the top-spec GT Sport Tech and you’ll be able to pick Mazda’s i-Activ all-wheel-drive system (hatchback only), while an automatic gearbox is an option across the range. 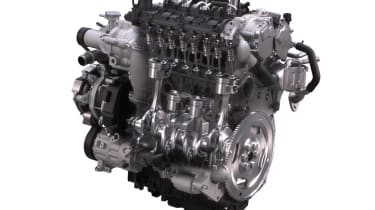 Unlike the current 118bhp turbocharged Skyactiv-G petrol engine, the new Skyactiv-X engine features a supercharger. It produces 178bhp and will be the most powerful engine in the 3 model line-up. No performance details have been confirmed, but we expect 0-62mph to take around eight seconds. This engine will be offered in both saloon and hatchback models, with a choice of a six-speed manual or a six-speed automatic gearbox. Mazda’s i-Activ all-wheel drive system will also be available.

According to Mazda, the new Skyactiv-X engine will return a claimed economy figure of up to 52.3mpg while producing a low CO2 figure of 96g/km. These figures are based on 16-inch alloy wheels - as upgrading to larger 18-inch alloys sees economy drop to a claimed 50.4mpg with emissions rising to 102g/km.

This new engine is the first petrol powered unit that combines compression ignition, usually found in conventional diesel engines, with the traditional spark ignition of a petrol engine. Mazda says this setup provides the “free-revving performance of a petrol engine and the superior response of a diesel”.

The Japanese manufacturer has also fitted the engine with a 24-volt mild-hybrid system - the first time this tech has been seen in the Mazda3 range. This system increases fuel economy and reduces emissions by recovering the energy normally lost from braking or coasting using it to power an electric motor that assists the engine. 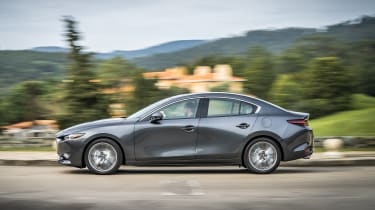 Read where the Mazda3 comes on our list of best-looking cars. 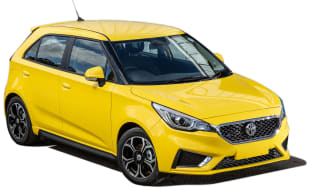