Range-topping A110S produces 288bhp and goes on sale this September 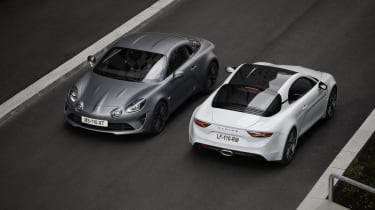 Alpine has revealed the new A110S will be priced from £56,810. The more powerful Alpine A110S has 288bhp, an increase of 39bhp over the standard model. Reservations for the rival to the Porsche 718 Cayman S are open now, with UK sales of the A110S officially starting on 3 September 2019.

The increased power of the A110S still leaves it trailing the 296bhp of the standard Porsche 718 Cayman, but the Alpine is a featherweight in comparison, weighing just 1,114kg. That makes the A110S almost 300kg lighter than the Porsche, and its improved power to weight ratio means the hardcore version is one-tenth of a second faster from 0-62mph (now 4.4 seconds). As well as more power, Alpine has made improvements to the handling and chassis, which were already very impressive.

Additional to the extra brake horsepower are a host of technical upgrades to deal with the added performance. Alpine’s tweaked the suspension, stability control and wheel geometry settings to develop a more engaging driving experience. The A110S’s springs are 4mm lower and 50 per stiffer, and the dampers have been recalibrated. The anti-roll bars are firmer, and there’s a new set of Michelin Pilot Sport 4 tyres, too. Every A110S gets the more powerful Brembo brakes available optionally elsewhere in the range 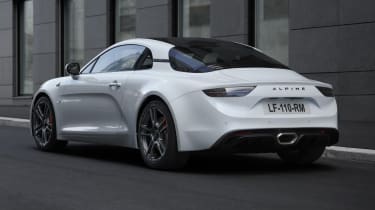 Torque is unchanged at 320Nm, but is now available all the way from 2,000rpm to 6,400rpm – 400rpm higher than before. Top speed rises to 161mph. As in the A110 Pure and A110 Legende, power is sent to the rear wheels via a seven-speed automatic gearbox, while Alpine claims fuel economy of 43mpg and CO2 emissions of 146g/km.

Alpine chief engineer Jean-Pascal Dauce said: “The A110S has a very different character. Its bespoke chassis set-up makes it a very focused sports car. However, it is a comfortable and usable everyday car. The A110S wouldn’t be a true Alpine if it was very firm or too hard-riding to be driven day-to-day.”

Alpine has left the car’s svelte styling virtually unchanged; a slightly different badge between the window and rear windscreen is one of the only hints at the A110S’ extra power. There are new alloy wheel designs and black Alpine logos on the front wings but the rest of the retro-inspired design is left as it was.

Despite its light weight, the Alpine is still very well equipped. The interior features seats trimmed in leather and Alcantara suede fabric, and there are luxuries like LED daytime running lights, cruise control and a seven-inch touchscreen with sat nav, DAB radio and smartphone compatibility.

Sébastien Erphelin, Alpine’s Managing Director, said: “From the very inception of the Alpine project it has been our intention to offer different versions of the A110 with handling and performance characteristics of their own.”

See where the Alpine A110 ranks in our list of best sports cars, or read our full in-depth Alpine A110 coupe review. 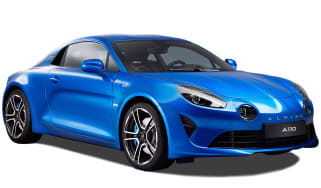