"The Porsche 718 Cayman is a joy to drive, a pleasure to sit in and great to look at. It’s just a shame the turbo engines are more sensible than characterful" 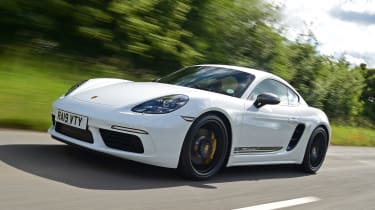 The Porsche 718 Cayman is a two-seater sports car with few direct competitors. If you’re in the market for this kind of car, you may want to look at the BMW Z4, Audi TT, Toyota Supra or Nissan 370Z, but while these three cars are about £10,000 less expensive, none is as exciting to drive as the 718 Cayman. In fact, its stiffest rival for pure driving thrills is the Alpine A110.

Speaking of price, the old Cayman was more expensive than its convertible Boxster sister model, but the 718 Cayman is actually a couple of thousand pounds cheaper than its 718 Boxster equivalent, making it the most affordable car in Porsche's range. You'll still need over £46,000 if you want one – and significantly more once you've added a few choice options – but given the performance on offer, the 718 looks like a relative bargain, particularly when you consider that the Porsche 911 is roughly twice as expensive. Costing from around £80,000, the GT4 model of the Cayman might seem expensive but it's so special that we think it's actually one of the best performance-car bargains out there. You can get many of the same thrills for slightly less money if you opt for the GTS model.

The 718 Cayman is offered in five forms: the standard version, the T and S models, the GTS and GT4. The regular 718 Cayman has a 296bhp 2.0-litre turbocharged petrol engine that's powerful enough to get the car from 0-62mph in 4.9 seconds – or 4.7 seconds if you spend a couple of thousand pounds on the Sport Chrono Package. The Cayman T sticks with this engine but loses some luxuries to shed weight and appeal to purists.

Dramatically changed for 2020, the GTS now uses the same 4.0-litre six-cylinder engine as the GT4 but with a lower rev limit and 394bhp. Its 0-62mph time is 4.5 seconds with a manual gearbox, and the chassis provides even more precision without ruining the ride quality.

The GT4 has a base price of around £75,000 but it's one of the best performance cars on sale. With a naturally aspirated 414bhp 4.0-litre six-cylinder engine and extra downforce from its rear spoiler, the GT4 offers a driving experience akin to a 911 GT3 for less than the cost of a regular 911 Carrera.

Depending on which engine and gearbox you choose, the 718 Cayman can return as much as 31.7mpg, but every version sits in the top company-car tax Benefit-in-Kind (BiK) band. True, it'll cost you more to run than a hot hatchback, but it's almost hard to square the speed on offer with the claimed fuel-economy figures – although spirited driving will of course bring fuel consumption down to levels more in keeping with a sports car. 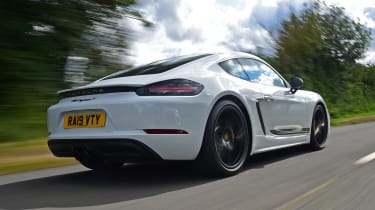 There's a price to be paid for that economy potential, though, and it comes behind the wheel rather than at the pumps. The bulk of the 718's engines are smaller than they used to be, and unlike the old Cayman's engines, they develop their power with the aid of turbocharging.

This brings two unwelcome changes: firstly, the engines aren't as smooth as they used to be, with a (very slight) hesitation noticeable before the power-producing turbo comes to life. The second drawback is more obvious: it concerns how the 718 Cayman sounds. This is, after all, a car aimed at driving enthusiasts, who tend to care about the noise a car makes when it's accelerating. In this regard, the 718 disappoints. It’s by no means unpleasant or unruly but the car it replaces had a distinctly characterful and almost tuneful engine, which is notable in its absence from the 718 Cayman.

That’s just about the only bad news, though. In almost every other regard, you can have more fun in a 718 Cayman than pretty much any other car at this price. There’s an enormous amount of grip, so corners can be taken at a grin-inducing speed, while despite the necessary stiffness the suspension must have in order to achieve this, bumps in the road are impressively smoothed out; the 718 Cayman’s driving experience is both thrilling and comfortable.

Despite fears its suspension would be uncomfortably stiff, the GTS only enhances these attributes. It handles with even greater precision, yet somehow manages to ride over pockmarked roads without fuss, while benefiting from the same glorious soundtrack provided by the six-cylinder engine in the GT4. It all comes together to create one of the most enjoyable cars on sale at any price. The GT4 is a much more serious track tool too, with breathtaking levels of grip, but for most drivers who won't ever go on a track day, the GTS offers most of the same thrills for considerably less money. 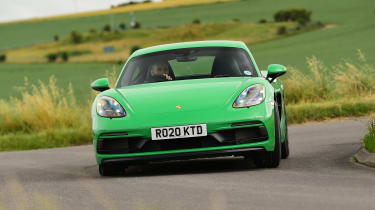 The 718 Cayman is unlikely to be put through Euro NCAP’s crash safety tests – it's too much of a niche model for this to happen – but Porsche takes safety seriously and is renowned for its excellent brakes. Other safety features include airbags that inflate in two stages depending on the seriousness of any collision. 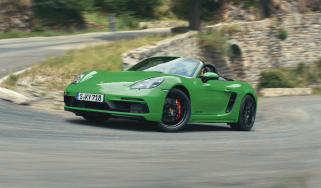 Trying to find the slowest-depreciating cars on sale? Here are 10 cars that won't drop in value too quickly.
2019 Audi TT RS Coupe and Roadster: prices, specs and on-sale date 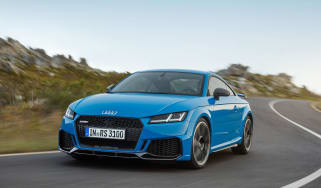 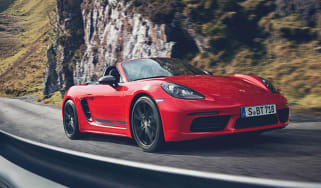 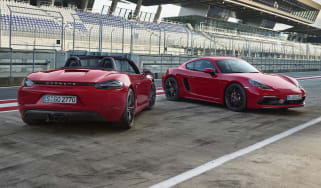 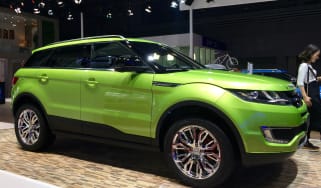 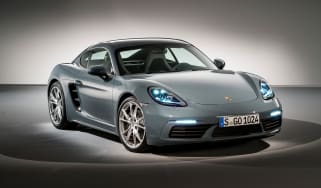 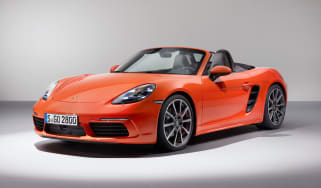 “Few performance coupes are as fun to drive as the fast, stylish and high-quality Porsche Cayman.”
Today's news from the Geneva Motor Show 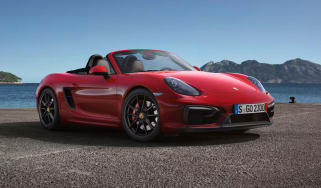 "With its brilliant design and engineering, the Porsche Cayman is one of the best performance coupes money can buy."
Skip to ContentSkip to Footer