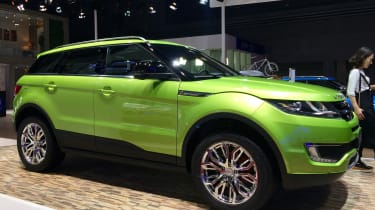 It's boomtime in China. Not only it it the most populous country on the globe, but it also has one of the fastest-growing economies, thanks largely to the world's huge appetite for the products that China mass-produces. The country's industrial might has put money in the pockets of its people, many of whom spend it on prestigious cars from European brands such as Mercedes, BMW and Audi.

However, although expensive European imports have become status symbols among China's well-to-do, the country's wealth isn't exactly evenly spread and not everyone can afford the latest cars the West can offer. This has lead China's indigenous carmakers to address motorists' increasingly westernised tastes with a wide range of cars that are visibly 'inspired' by famous cars from Europe and beyond.

As you'll see from the cars listed below, some of the most infamous examples of China's copycat car design habit take plagiarism to new heights. However, there have only been a few cases where European companies have commenced legal proceedings against their Chinese doppelgangers.

It seems, though, that the law isn't necessarily being broken. Unlike cases of outright forgery, such as the ever-buoyant market for counterfeit watches and consumer electronics, these imitations of Western cars are sold on the domestic market under their manufacturer's own branding. This means that, technically, they're not pretending to be something they aren't.

In some cases, the resemblances are uncanny, and it's easy to understand why. By recreating the looks and image of prestigious European cars in a far less expensive homegrown package, Chinese makers can cash in on the aspirational tendencies of millions of buyers.

However, if you're tempted to import one of these lookalike cars for a fraction of the cost of the car that inspired it, be aware that there's a strong chance that it won't have been developed under anything like the budget that European brands work to. With many of these cars, construction standards, technology and safety typically rank far less importantly than physical appearance.

Here’s our rundown of the most blatant examples of Chinese copycat car design, and the European and American cars that ‘inspired’ them.

The LandWind X7 is one of the most notorious examples of Chinese 'inspiration' by iconic European designs. Even the briefest of glimpses is enough to spot the design similarities between the X7 and the Range Rover Evoque, even the positioning of the LAND WIND lettering on the bonnet deliberately apes the British car. This has caused considerable anger from Jaguar Land Rover, maker of the Evoque, particularly as the X7 sells locally for around £14,000, undercutting the imported Evoque on the Chinese market by £35,000. The X7 is actually a bit larger than the Evoque, but as convincing as it looks on the outside, its interior and general quality is a far cry from that of the Halewood-built original, while the engine is a Mitsubishi design. 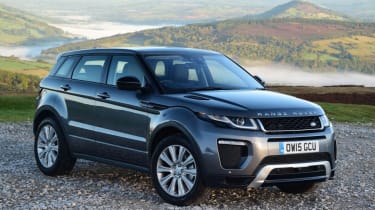 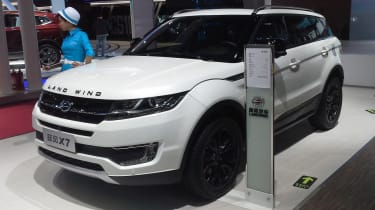 When our sister publication Auto Express first saw the Zotye SR9 at the 2017 Shanghai Motor Show, the reporter did something of a double-take. Proudly displayed on the Zotye stand was what appeared to be a Porsche Macan, and it really does take a while before the subtle differences become apparent. The headlamps and front grille are different in shape, but the SR9's general proportions and many of its details are incredibly close to the German original, right down to the scooped-out rear lights. Zotye's inspiration doesn't end outside, though – the SR9's interior is almost a carbon copy of the Porsche's, including may parts that look like they came from the same source. The biggest difference is under the bonnet, where the Chinese car houses a 2.0-litre Mitsubishi-derived engine. 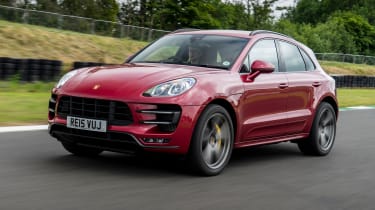 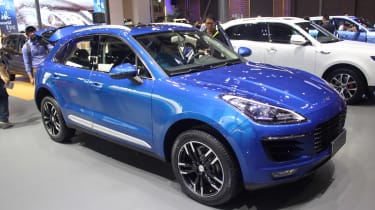 The Hanteng Electric concept just goes to show how quick the Chinese car industry is to react to the latest European developments. No sooner had Jaguar unveiled its electric I-Pace concept than Hanteng followed suit with a car that not only used electricity like the Jaguar, but wore the exact same front-end styling as the British car, too. Although the Hanteng falls short of being a slavish reproduction of the Jaguar, the grille shape, front bumper treatment and prominent air scoops at each side could hardly be more similar. Intriguingly, apart from an artistic corporate video, the website of this fledgeling company doesn't show any of the cars it produces. 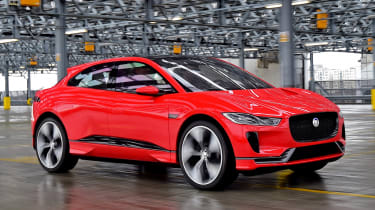 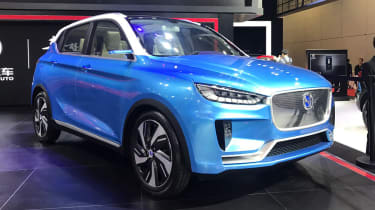 Another car that caught the attention of Auto Express at the 2017 Shanghai Motor Show was the Lifan Xuanlang MPV, which has a resemblance to the Ford C-MAX that goes beyond uncanny. The similarities begin with the shape of the headlamps, extend through the arrangement and shape of the windows and conclude with the treatment of the rear lights and decorative trim that runs between them. Even the wheels are remarkably similar, and the Lifan exhibits the same design touches – including faux air vents ahead of the front doors – as the Ford, and the interior follows similar styling cues, too. Even the overall dimensions only vary slightly – the Xuanlang is marginally smaller than the C-MAX. If imitation is the sincerest form of flattery, Ford should be very pleased with itself. 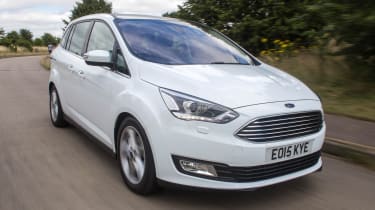 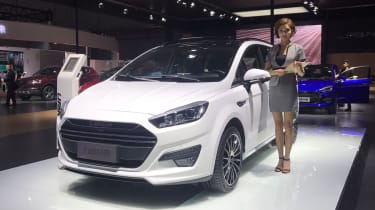 As the biggest producer of batteries in the world, it's no surprise that China has a massive domestic electric-car market. One of the most famous examples is the Zotye E30 – notorious for its remarkable resemblance to the previous-generation Smart ForTwo. Although the Zotye is actually smaller than the German original, its body shares the look of the Smart’s individually painted Tridion safety cell and wheel-in-each-corner layout. With a driving range of around 93 miles and a top speed of almost 50mph, the Zotye is no Tesla, although it does imitate the large centrally mounted tablet-style control screen of the Model S. 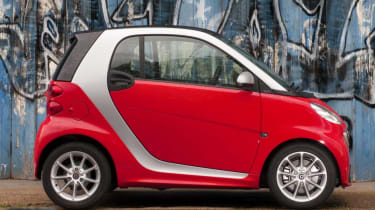 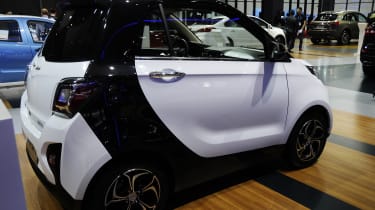 The name of this bulky SUV pays tribute to George S Patton the famous, highly decorated US Army General and commander of the Seventh Army in World War Two, but the G Patton is far from an all-American hero. The 19-foot long vehicle takes its influence from a number of North American off-road-capable vehicles, not least the Canadian-built Spartan APC from Streit Group, a specialist in armoured military and civilian vehicles. However, while the Spartan uses a 6.7-litre Ford diesel V8 engine, the G Patton uses a 6.8-litre V10 of unspecified origin. 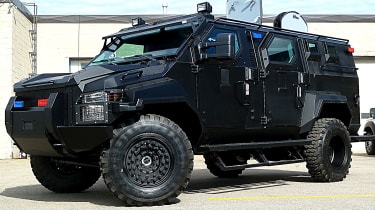 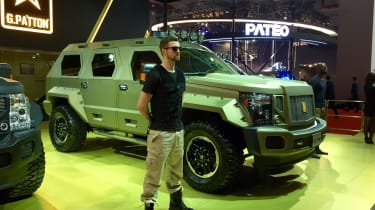 The Eagle is one of the more glaring examples of a Chinese carmaker being ‘inspired’ by the looks of a product from a respected European marque. It’s an electric car, which is reportedly powered by a compact and relatively unsophisticated battery pack, to provide a top speed of around 70mph. Although its apparent range of 160 miles is reasonable, its performance won’t give Porsche management many sleepless nights – even with a shield-shaped badge that seems very similar to that of the Stuttgart giant. 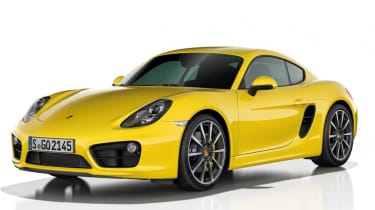 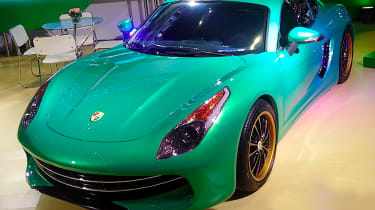 Continue to page 2 to see how Audi, Jeep and Honda have 'influenced' Chinese design