"The Ford C-MAX is a five-seat MPV, which is good to drive, practical and economical, but it isn't as safe as some newer models"

No-one can accuse Ford of ignoring the MPV or people carrier market. It fields no less than five distinct models, ranging from the van-based Tourneo Courier to the large and luxurious Galaxy. In between are the sleek S-MAX and this, the Focus-based C-MAX. It’s available in standard and longer wheelbase lengths, the latter known as the Ford Grand C-MAX and reviewed separately. The Grand C-MAX has seven seats where the standard C-MAX offers five. Even so, the standard C-MAX is more practical and versatile than the Focus hatchback without being any larger, at least externally, so it’s just as easy to park and thread through busy streets. 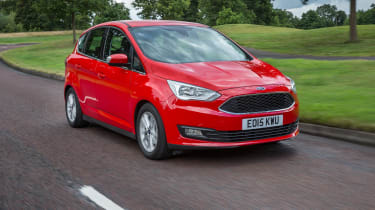 However, another breed of vehicle, the SUV, has emerged as a very strong rival to MPVs like the C-MAX. Their names are familiar enough and include the SEAT Ateca, Nissan Qashqai and Skoda Kodiaq. They bring a touch of adventure to the market where MPVs can feel rather staid. However, the C-MAX claws back ground simply by the way it drives. It may be tall, but being based on the Focus gives it a real edge over rivals.

Great visibility thanks to a high driving position combined with impressive road manners are its strong points. All that glass means the interior is light and airy, too. The rear three seats are individual, rather than a bench, and can be removed to create a large, open load area.

There are four engines in the C-MAX line-up; three petrols and one diesel. The three petrol engines are modern turbocharged units, available as a 1.0-litre with 99 and 123bhp power outputs while there’s also a more powerful 148bhp version that can only be paired with an automatic transmission. The two lower-powered petrols have remarkably similar economy and emissions figures returning up to 42.2mpg and emitting 127-131g/km of CO2, meaning company-car drivers pay a BiK rate of 29 or 30%. Our preference is for the 123bhp engine. It only costs around £500 more, but is punchier when overtaking and feels more relaxed on the motorway.

If you regularly make long journeys, or cover more than 12,000 miles a year, the diesel engine makes good financial sense. It’s a 1.5-litre with 118bhp and offers a good blend of performance and economy returning up to 48.7mpg, with CO2 emissions of 124-132g/km for Benefit-in-Kind (BiK) rates of 32 to 36%. 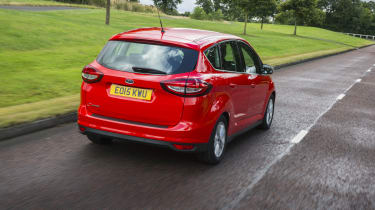 Ford Focus underpinnings mean terrific handling and while sporty driving isn’t usually the first thing MPV buyers look for, you’ll soon appreciate the C-MAX for its confidence-inspiring steering, freedom from body lean and plentiful grip. This MPV provides passengers with a smooth, comfortable ride, but its driver can enjoy a twisty road after dropping the kids off.

There are just three trim levels offered; Zetec, Titanium and Titanium X and all are generously equipped. Zetec models have alloy wheels, as well as air-conditioning, a heated windscreen, DAB radio and Ford’s SYNC voice-recognition system.

Titanium adds SYNC 3, with an eight-inch touchscreen, automatic headlights and wipers, dual zone air conditioning and features like keyless entry and front and rear electric windows. While this should be all the equipment most will need, Titanium X adds luxury features like a panoramic sunroof and part leather upholstery. There are some notable omissions, though; sat nav and parking sensors are both costly extras.

The Ford C-MAX finished 34 out of the 75 cars ranked in our 2018 Driver Power owner satisfaction survey of cars currently on sale in the UK, but didn't appear in our 2019 survey. In 2010 the C-MAX was awarded the full five stars for crash safety, but independent crash-test body Euro NCAP took another look at the MPV in 2017 and reduced its score to three stars, reflecting the fact it's an older model without the latest safety technology.

The C-MAX isn’t the cheapest of compact MPVs, but it has a broad range of talents, is enjoyable for driver and passenger alike, and should be a pleasure to own, too. 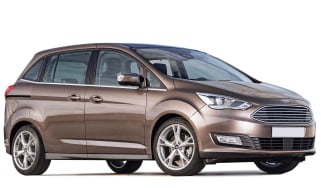 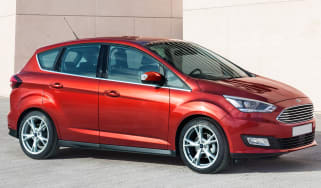 "The Ford C-MAX Titanium is one of the best all-rounders for equipment and price in the range."
New Ford C-MAX, Grand C-MAX and S-MAX price, specs, pictures 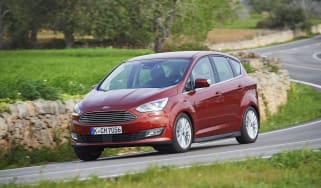 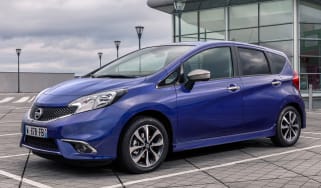 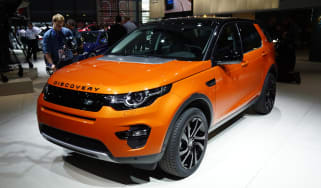 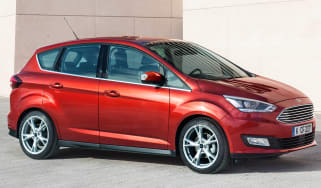 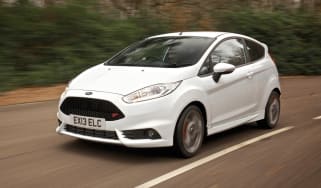 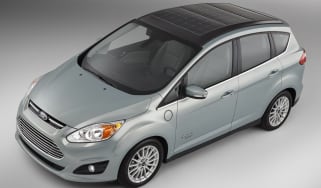