“The Renault Scenic MPV is now as stylish and well equipped as it is practical, giving SUVs and crossovers a run for their money”

The fourth-generation Renault Scenic is a crisp design that looks more SUV than MPV. The styling is very deliberately intended to tempt crossover and SUV buyers away from cars like the Nissan Qashqai, along with the dwindling number of people who still go for traditional MPVs. The latest Scenic has everything it takes to be as popular as the previous ones. Renault has ensured it’s as practical as an MPV should be, while giving the car an extra dose of style to stop it from seeming too utilitarian.

Ensuring the design of the latest Scenic turns heads was important but thankfully the makeover doesn’t detract from the car’s other key qualities, namely space, practicality and value for money. Renault may now produce family SUVs such as the Captur, Kadjar and Koleos but it hasn’t totally abandoned the MPV, and the latest Scenic is proof this kind of car can still be relevant.

The Scenic comes with five seats, but you can also buy the Renault Grand Scenic if you regularly need space for seven people (we’ve reviewed this separately as a standalone model). It’s up to you to decide whether the Scenic is attractive or not, but it’s undoubtedly striking and rather daring. The production model stays true to the Renault R-Space concept that inspired it and boasts much more flair than you’d traditionally expect of a big family car. 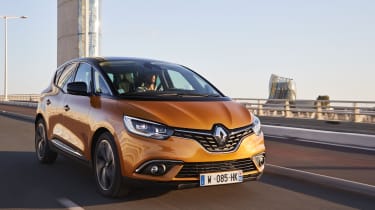 The Scenic’s nose incorporates Renault’s ‘family face’, like all its other latest models, but the body is surprisingly sleek and well balanced, helping to disguise the Scenic’s size and give it a sportier appearance. LED daytime running lights in a C-shape look modern, as do its 3D tail lights. An important element of the Scenic’s overall proportions is its large 20-inch alloy wheels, which are standard on every model. All this means Renault has managed to make the MPV look even more exciting than the Citroen C4 Picasso, its main rival.

The petrol and diesel choices in the Scenic’s engine range were slimmed down for 2018, with both engines available returning over 47mpg. Three trim levels are offered, but even the entry-level Play trim comes with plenty of standard kit. Moving up to Signature brings increasing levels of luxury. 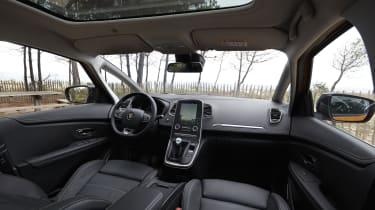 The new Scenic is enjoyable to drive while retaining the comfort and versatility we’ve come to expect from previous versions over the years. Renault hasn’t stood still on safety or build quality, either – materials are much improved and there’s some extremely sophisticated safety equipment available, too. These efforts have been endorsed by a five-star Euro NCAP crash-test rating.

Overall, the new Scenic’s imaginative design revitalises the small MPV class and brings new levels of technology – all of which will be useful on a daily basis rather than just looking impressive in a glossy brochure.

As a last stand for the classic French MPV against the onslaught of crossovers and SUVs, the latest Renault Scenic puts up a very impressive fight. It deserves to be on any family car shortlist.

If you want to transport seven people as easily as possible and in as much comfort as you can, you’ll find the right in our run-down of the 10 best la…
Top 3 used MPVs for £3,000 or less 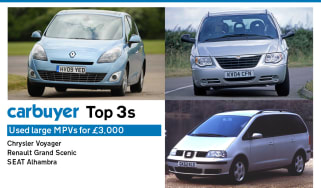 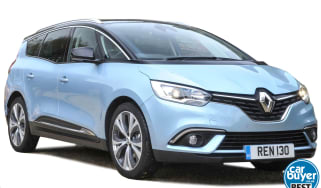 “If you’re after a practical, spacious and cheap-to-run family car, then the very stylish new Renault Grand Scenic is a top contender”
Hybrid Renault Scenic and Grand Scenic go on sale 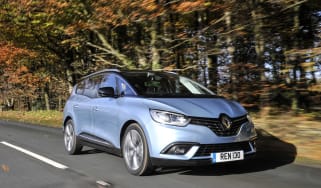 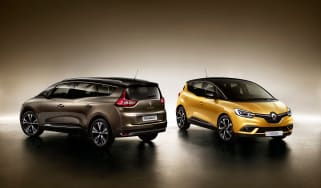 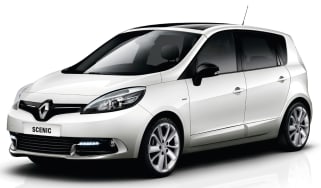 “The Renault Grand Scenic is a great-value people carrier and it’s good to drive, but it’s not as practical as most rivals.”
Renault 'Limited' models announced 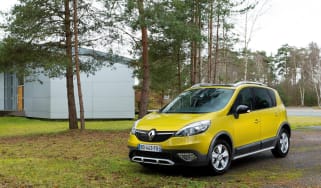 The new Renault Scenic XMOD is available to order now, priced from £17,995
Skip to ContentSkip to Footer