Dear Carbuyer, I have £3,000 to spend on a big, practical load-lugger for a trip into Europe with friends. What should I buy? 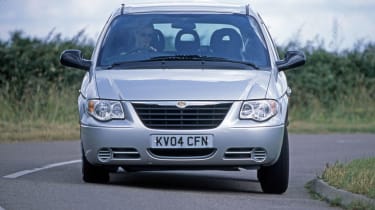 A stroll through any British housing estate will show that SUVs now far outnumber MPVs on family driveways. However, while even such great people carrier names as the Renault Espace are now consigned to history, old favourites like the Ford Galaxy, Renault Grand Scenic and Volkswagen Sharan soldier on. That's because, while many SUVs can seat seven, they tend to be rather tighter on space than a purpose-built seven-seater.

Where there's no shortage of MPVs, though, is on the second-hand market. In fact, with so many used examples to choose from, you can afford to be picky even if you're working to a tight budget. With a trip across europe in mind (and perhaps a booze-shopping stop on the way home), we've picked three that really do offer fantastic value for money. The Chrysler Voyager, Renault Scenic and SEAT Alhambra.

The Chrysler Voyager hails from North America, a country where car buyers demand a lot of metal for their money. Size is definitely in the Voyager's favour – although it makes for a car that's a little ponderous on twisty roads and rather a tight fit in multi-storey car parks. It's not the most sophisticated of our three, and the interior is somewhat dated, but you'll find plenty of diesel-powered examples from around 2006 with around 100,000 miles showing, for under £3,000. 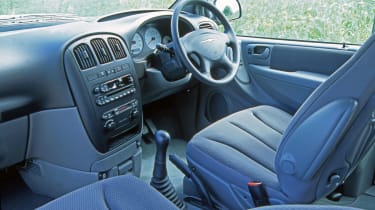 The 2.5 and 2.8-litre diesel models are the best, the latter having an automatic gearbox and rather more pulling power. Neither is especially economical, though, and this is definitely not a car for enthusiastic drivers. Motorway comfort is good, which is ideal when a pan-European trip is on the cards. There's loads of standard kit, including air-conditioning, and all seven seats are spacious. There's even a decent boot when all seven seats are in use – rare in a car like this. 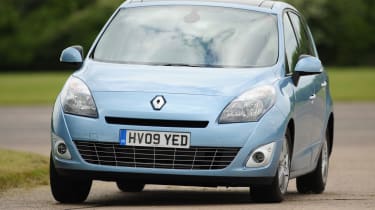 This is the MPV to choose if you're looking for something as new as possible. Remarkably, our £3,000 budget will just about secure a Renault Scenic from 2010 with the 1.9-litre diesel engine. Smooth, powerful and capable of over 50mpg, it's the best Scenic engine and by far the most economical of the three cars here. Renault has a strong reputation for safety, too, and the Scenic has performed well in our annual Driver Power satisfaction survey over the years. 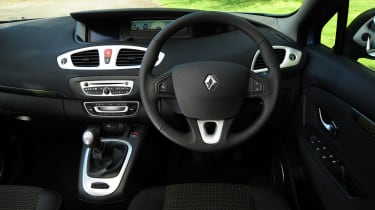 The Scenic is rather more compact than the Voyager, and the two rearmost seats are best suited to children. Fold them out of the way to leave five seats in use and the boot becomes truly vast. The Scenic has, perhaps unsurprisingly, the most up-to-date interior of the bunch, with digital dials that easily switch to metric km/h readings – handy when you're on the continent. 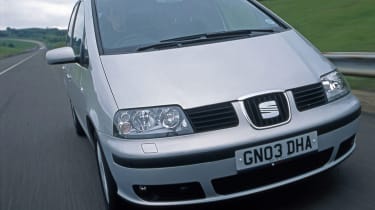 The SEAT Alhambra is a near-twin of the Volkswagen Sharan and shares that car's impressive build quality. It tends to sell for less than the VW, though, you're sure to find a tidy example for £3,000 or less. Our favourites use the 2.0-litre diesel engine that was introduced in 2006, as it's smooth, relatively economical and has lots of pulling power. Of our MPV trio, it's also by far the most rewarding to drive, with surprisingly good handling and little body lean in corners. 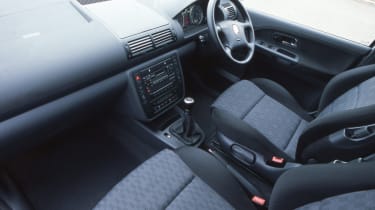 The dashboard is more German efficiency than latin flair, but is logically arranged and easy to use. There's lots of interior storage that includes plentiful cupholders, and all five passenger seats are easily removable to turn the car into a van if you need to. Like the Renault, the boot is rather limited in seven-seat mode, but there's plenty of space for heavily discounted beer if you only need five seats. 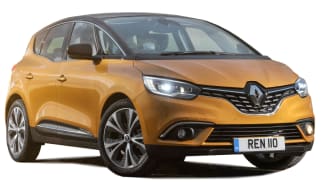