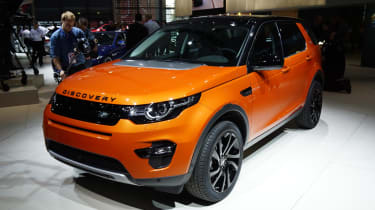 There was an unusual sense of pragmatism at the Paris Motor Show this year. These things tend to go in cycles: outlandish concepts one year, conservative production vehicles the next. But the star cars in Paris are the ones you’d actually buy. Whether that’s the new Hyundai i20, handsome Jaguar XE or sporty Mazda MX-5 is up to you of course, but the point is, the most intriguing cars were the ones that will sell in large numbers. 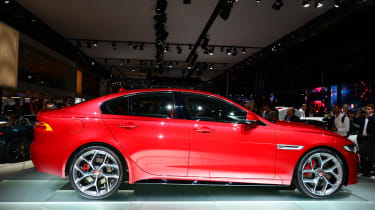 There was particular fanfare for the launch of the XE and the Land Rover Discovery Sport. These cars are at the vanguard of British car making, and should be applauded. The proof of all that investment in new technologies and new factories will be in the driving, of course. For now, both models seem to be potential class leaders, save for a few slightly rough-around-the-edges bits of detailing.

The new Vauxhall Corsa, which was revealed just a few feet from the Jaguar and Land Rover, is far more conservative in its appeal. According to Vauxhall, the thing that buyers most love about the Corsa is its size. At four metres, it’s "just about right," they say. 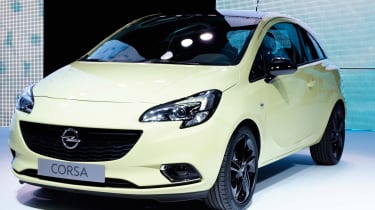 So it’s no surprise that the dimensions are unchanged. What has changed is just about everything you can see and feel – and it's all the better for it. The old car was just that, and felt extremely dated. But for all the new kit, there’s a familiar feel when you sit inside. It’s not entirely new, but all the important bits are. Vauxhall has played it safe this time, and as the Corsa is its second-biggest seller, it has every right to do so.

The new Volvo XC90 was another highlight. Seeing it in the metal is very different to seeing pictures of it. The styling is effortlessly elegant and delicate, and it couldn’t be further removed from the previous XC90; a model that revelled in its chunkiness. The new car will feature a range of technology that means it's almost capable of driving itself. Many carmakers are working on similar systems, but the XC90 will be the first production car able to drive itself in low-speed, heavy traffic situations.

The benefit is that the car can’t lose concentration like humans can. Volvo has previously said that no-one will be killed in one of its cars by 2020. Removing the accident-prone fleshy (human) bit behind the steering wheel is an important step on this path.

For me, the most exciting car at the show was the new Mazda MX-5. And for one simple reason – it has used cutting-edge technology to deliver a car that's single-minded in the pursuit of driving pleasure. It weighs only fractionally more than the original MX-5 from 25 years ago, yet includes all the creature comforts we expect and the safety credentials we demand. That it looks wonderful, should cost little more than the current model and will have reduced running costs are all added bonuses. 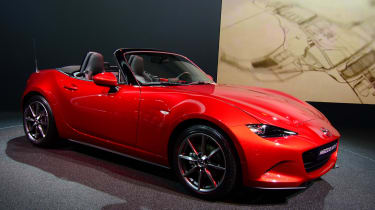 Although there were concepts – every motor show has them – they were also mostly pragmatic. Honda’s trio of prototypes – the HR-V, Jazz and CR-V – look as close to production-ready as it’s possible to be, and even the Nissan Pulsar Nismo hot hatchback appears as though it could be heading to a dealer near you.

It won’t of course – or at least not officially. That’s the beauty of concepts. They allow car makers to pull at our heart strings and begin to loosen our wallets without us realising. 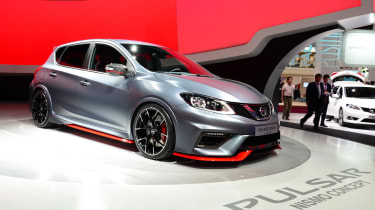 Of course, there were plenty more models on show. Click on the links below to read about all the cars that really mattered at Paris. Visit Carbuyer.co.uk tomorrow for more from the French capital.