The new Skoda Fabia will represent customer savings of up to £2,040 over the current hatchback model 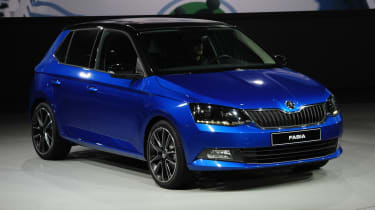 UPDATE: New Skoda Fabia to offer better value and more equipment than ever before

Carbuyer has been given exclusive information about the new Skoda Fabia trims and specifications. The new model will be available in S, SE and Elegance trim, with the top-spec model costing £2,040 less than the current range-topping car.

Basic S models will get a DAB radio, Bluetooth connectivity and electrically adjustable and heated door mirrors. Mid-range SE cars get a trip computer, a speed-limiter function and a USB connection, as well as an upgraded sound system and front braking assist.

Elegance models have the most equipment, with all the features of the S and SE plus LED daytime running lights, a three-spoke leather steering wheel and keyless go. A sportier Skoda Fabia Monte Carlo model is said to be joining the range at a later date, though a quick Skoda Fabia vRS isn't on the cards, it seems.

The new Skoda Fabia hatchback has been fully unveiled at the Paris Motor Show in France. It's bigger, posher and more stylish than before, and will feature a range of small petrol and turbocharged diesel engines when it goes on sale early next year.

We took a look around the car at the Volkswagen Group (Skoda's parent company) preview evening, to get our first feel for the brand-new Ford Fiesta rival. Prices should start from a little under £10,000, and first impressions are good.

The new dashboard looks much fresher than the old model's thanks to angular shapes, a swathe of body-coloured plastics and the incorporation of an infotainment system that cuts down on conventional buttons. We also expect the quality of plastics to have been improved.

Despite the new car being 8mm shorter than the model it replaces, its cabin is 8mm longer, while front and rear elbow room has also increased. Boot space is up by 15 litres to 330 litres in total – that compares well with the Volkswagen Polo (280 litres), Ford Fiesta (276 litres) and Vauxhall Corsa (285 litres). Fold the rear seats down and total capacity rises to 1,150 litres.

The new Fabia comes with up to nine of what the company calls ‘simply clever’ features. Those include MirrorLink technology (which lets the car’s infotainment system mirror the display of your smartphone), an ice scraper in the fuel cap and a multimedia device cradle. Skoda has also provided additions such as an interior rubbish bin, storage nets on the inside of the front seats, and a place to store a high-visibility vest – something many European countries now require you to carry.

Skoda also worked to increase cubbyhole space, so the rear door pockets can now hold a half-litre bottle of water, while the glovebox can swallow a 1.5-litre bottle. Skoda says there’s space for a total of seven water bottles in the Fabia’s interior. A parking ticket holder and a parcel shelf that doubles as a horizontal partition complete the Fabia’s list of handy features. Options include bag hooks and storage nets for the boot.

The 2015 Skoda Fabia is instantly recognisable, but looks more striking than the current, conservatively styled model. It features a larger grille and distinctive headlights to create a more imposing front end, while the wider and lower body result in a broader stance.

Like many of its rivals, new Fabia buyers will be offered a range of 15 different paint colours and the opportunity to give the body, roof and door mirrors contrasting finishes. 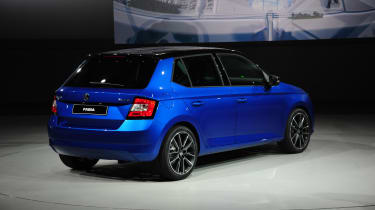 The larger exterior dimensions translate to increased interior space and the cabin is both longer and wider than before. Skoda also promises a class-leading boot that should hold more than 300 litres.

Engines will be shared with the current Volkswagen Polo. On average, they’ll bring a 17 per cent improvement in fuel economy and also reduce emissions for cheaper road tax.

The latest info on the new Fabia came in the form of an interview with head designer Jozef Kabaň, who said: "We sense that now is the right time to create a stronger connection between the functionality of our cars and an expressive and emotional design. You could say that we're taking steps back to our roots. Skoda has a tradition of building design-oriented cars."

For an idea of what that could mean, read our story on the Skoda Vision C.

The 2015 Skoda Fabia will take advantage of the new engines that have been rolled out in the updated Volkswagen Polo range. These more efficient engines, coupled with extensive use of weight-saving materials, will reduce running costs compated to the current car.

We understand the engine line-up will feature two versions of the 1.0-litre petrol engine fitted to the Skoda Citigo and Volkswagen Polo, developing either 59bhp or 74bhp. A 1.2-litre petrol engine, in two different power outputs, will also be available.

A pair of 1.4-litre diesel engines will feature in the range when the car goes on sale, but a super-efficient Skoda Fabia GreenLine model promising 91mpg economy and CO2 emissions of 82g/km will be the cheapest to run. Even the standard diesels promise more than 80mpg.

Skoda will also fit new steering and suspension technology to improve both comfort and agility.

Specs will range from S, through to SE and Elegance, with a sportier Monte Carlo model due to join the line-up later. The new 6.5-inch touchscreen entertainment system from the Polo will be fitted to top-of-the-range models, while all cars will boast DAB radio, Bluetooth and body coloured door mirrors.

Prices for the 2015 Skoda Fabia are likely to increase slightly over the current car, which is priced from £9,945. The car will launch initially as a five-door hatchback, but an estate version is planned to go on sale 12 months later.

For all the latest road tests of the current Volkswagen range, visit the Carbuyer Skoda reviews page. 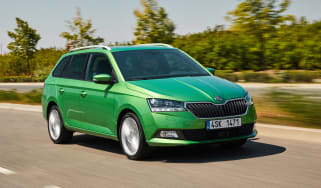 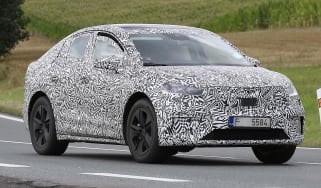 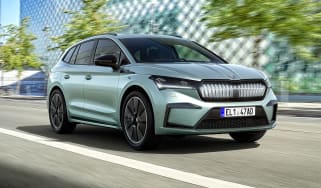