"The Skoda Fabia vRS offered impressive performance and handling without costing the earth."&nbsp;

If you're after a used hot hatchback that doesn't shout about its performance potential, the Skoda Fabia vRS could be for you. It's a rival to the Volkswagen Polo GTI and gives the previous Fiesta ST a run for its money, too.

Like its supermini hot-hatch rivals, the Fabia vRS packs a lot of power in a compact frame. It uses the Volkswagen Group's 1.4-litre TSI petrol engine, which produces 178bhp by combining a turbocharger and a supercharger. The former of power when you need to overtake slower traffic, while the latter helps the Fabia to get away from a standing start pretty sharply, too.

Fans of manual gearboxes might be disappointed that it only comes with a double-clutch automatic DSG gearbox, but it’s very responsive and makes seamlessly quick, smooth gear changes. What's more, you can use it to change gears manually with the steering-wheel mounted paddles if you'd like a bit more control.

As well as the hatchback, Skoda also offered an even more practical estate version of the vRS, which puts the Fabia at an advantage over rivals like the Volkswagen Polo GTI, Ford Fiesta ST and Renaultsport Clio for speed combined with practicality.

Hot hatchbacks have been getting more and more efficient recently, with Ford leading the way by installing its pioneering EcoBoost engines in the Fiesta ST and Focus ST. Luckily for Skoda, the Fabia vRS still holds up pretty well in this regard – which is something of a triumph for a car of this age. As well as combining a turbocharger and a supercharger to allow for impressive all-round acceleration, you’ll also find that the combo improves fuel consumption at the same time.

Returning 45.6mpg is efficiency that you’d expect from far smaller and less powerful cars than the vRS. And it's achievable, too – which is far too often not the case. Unless you’re driving the vRS very aggressively, you should be able to hit these figures without too much trouble.

The only thing that might prove to be a bit expensive is the annual insurance premium, due to this being a performance car.

Fast and agile on windy roads, but steering could be better

Who said Skodas couldn’t be fast? Well, the vRS offers the kind of eager performance that you really look for in a hot hatchback version of a supermini. It goes from 0-62mph in a quick 7.3 seconds – but it never loses control enough to scare off anyone speculating about adding some extra power to their daily car. Firmer suspension means more agile, responsive handling than the standard Fabia hatchback, and taking it through a series of fast corners will definitely leaving you with a smile on your face. Our one real criticism would be the steering, which, while accurate, doesn’t give much feedback to the driver, so it’s sometimes hard to know exactly what the wheels are doing, unlike a Renaultsport Clio which feel sharp and direct at any speed.

Any worries that you might have that the sportiest car in the Fabia range will completely sacrifice comfort in its need for speed are quickly dispelled by the vRS, which proves to be surprisingly comfortable. The suspension manages to smooth out rough roads without bobbing the driver around very much and travelling long distances on the motorway is pretty much absent of wind or road noise. You can definitely hear the engine when you accelerate hard, but then the exhaust has been tuned to specifically deliver a sweet-sounding growl rather than a harsh rattle, and most people interested in a performance model want to also hear what they paid for. We do wish that the interior was a little bit more exciting, however, with far too much use of bland black plastics – but that is likely to be a further reflection of the Fabia’s age.

Spacious, easy-access boot and plenty of room inside the car

The vRS gets exactly the same size boot as the rest of the Fabia range, offering 315 litres of space with the back seats in place – more than the SEAT Ibiza and VW Polo. The bases of the rear seats can even be lifted up to allow the seats to be folded forward to create a totally flat storage space of 1,163 litres. It also has a low load lip, which makes it very easy to load and carry heavy, long objects, too. There’s a decent amount of space in the back for adult passengers, but taller occupants may find it a little bit cramped, especially if the people in the driver’s and front passenger seats are over 6ft. You do get a lot of storage dotted around, including a standard-fitted air-conditioned glove compartment, while you can also add extra storage boxes underneath the front seats from the options list.

Well-tested engine and parts, but only 4 out of 5 for safety

Like many cars of similar age (it first launched back in 2007) the Fabia has taken a bit of a tumble in the top 100 cars in the 2013 Driver Power customer satisfaction survey. Ranking 34th in 2012, the latest poll saw it drop some 30 places to come 64th. Any of the issues cited by owners will most likely come down to the Fabia currently being the oldest car in the Skoda range, more than any meaningful reflection of the car’s overall reliability. It may suffer more wear and tear if driven to the maximum, but the engine and suspensions are still tuned to handle that kind of performance. As part of the Volkswagen Group, Skoda is well known for having some of the most reliable cars on the UK roads. And Skoda itself ranked 2nd in the manufacturers list in the 2013 Driver Power survey, only being knocked off its years-long dominance of the top spot by an over-performing Lexus. The majority of the parts in the vRS have been used in the Volkswagen Polo GTI and SEAT Ibiza Cupra with hardly any problems reported, so buyers can have a lot of confidence in it being tried and tested. Another sign of the Fabia’s age is its four-star rating from the Euro NCAP crash safety tests – it would be almost unthinkable for a new Skoda to not get the maximum five stars, and with newer models such as the Renault Clio and Vauxhall Corsa both securing the full five, they leave the Skoda lagging behind – which could be a bit of a worry for some considering the vRS high-performance model.

Great performance for a low list price, with cheap extras, too

You get a lot of performance at very little cost in the Fabia vRS, so it really does represent fantastic value for money. It’s quite a lot cheaper than both of its almost-identical VW Group bedfellow, the SEAT Ibiza Cupra and VW Polo GTI, so is also a sensible choice as well. You get 17-inch alloys, electric windows, fog lights and air-conditioning all fitted as standard, while options like heated seats, Bluetooth connectivity and cruise control are all available as relatively low-priced extras. Sat-nav will cost around £500, however, so it may be worth considering buying an separate unit as an aftermarket accessory. 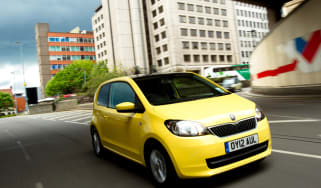 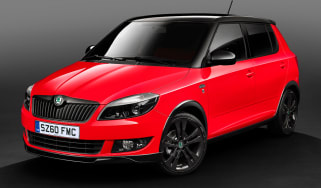 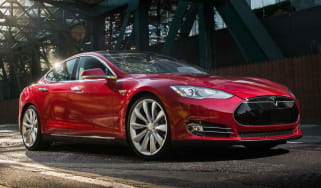 Tesla's saloon one of six cars to be assessed in Euro NCAP's latest round of crash tests
New Skoda Fabia: specs and release date 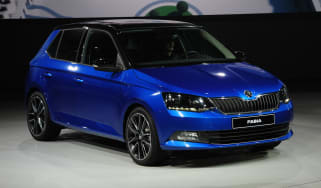 “The Skoda Fabia is a cheap and basic supermini that offers decent comfort and good practicality.”
Skoda Fabia deal: over £3,000 off hatchback and estate 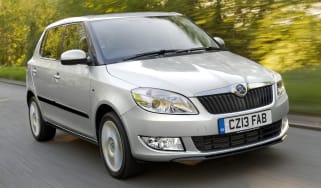 Skoda Fabia deal: over £3,000 off hatchback and estate 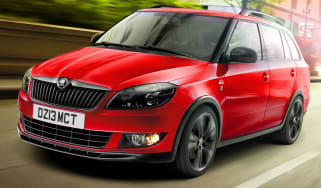