"The latest Smart ForFour is small enough to be a cinch to drive in town and its personalisation options will make you stand out, but it’s not a great motorway car"

The Smart ForFour is a four-seat, four-door city car that goes up against rivals including the Skoda Citigo, Toyota Aygo, Hyundai i10 and the Renault Twingo – a car with which the Smart shares much of its mechanical underpinnings.

Unlike most rivals, the ForFour (and indeed the related Twingo) has its engine fitted in the rear. The result is improved frontal crash protection, more room inside and a fantastic turning circle. It’s a car that has been designed to be at its best on city streets. Practicality is good, with its doors that open at almost 90 degrees and surprising interior space. There’s even a decent amount of room in the boot despite the car’s odd layout. 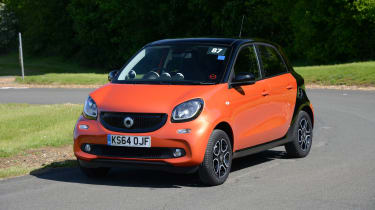 There are three petrol engines to choose from. The entry-level 1.0-litre model produces 70bhp, manages 0-62mph in 15.9 seconds and returns 54.3mpg on average, while the more advanced 0.9-litre model is markedly quicker, with a 0-62mph time of 11.2 seconds, but economy drops to 52.3mpg as a result. These figures take into account the standard five-speed manual gearbox – a six-speed dual-clutch automatic is also available as an option.

The car’s trim line-up is expansive. Entry-level pure is the most basic and is only available with the 1.0-litre engine; passion is the next step, while a host of variations on prime specification gradually gain more standard equipment.

One reason to choose the ForFour over its rivals is its scope for (mostly external) personalisation. The car can be ordered in various two-tone colour schemes, with its C-shaped ‘tridion’ crash structure finished in a contrasting hue to the other panels. Choose passion trim and you get the option of orange interior trim, while the Disturbing London edition gets contrasting ‘Rose gold’ accents inside and out.

A large part of this is down to Smart emphasising its close partnership with Mercedes, which is renowned for making its cars highly individual thanks to long options lists. If this ability to add numerous extras and bold colours suits you, then a Smart ForFour could be worth the extra cost over more uniform and sensible rivals.

Car insurance can be one of the most costly motoring bills, but you can reduce it by choosing an insurance group one car.
Special edition cars: the best, worst and weirdest 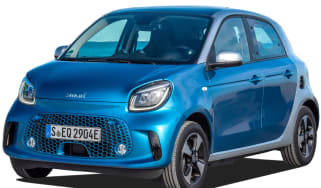 "The Smart EQ ForFour is a stylish, fun electric car for the city but its range is relatively limited"
Top 3 used electric cars for £8,000 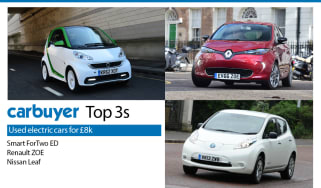 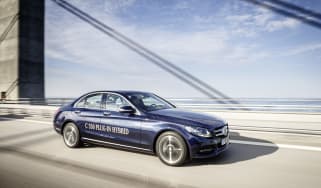 Mercedes will give you £2,000 towards a new car in exchange for older diesel models
Sub-£10K price for new entry-level Smart pure 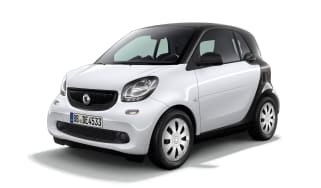 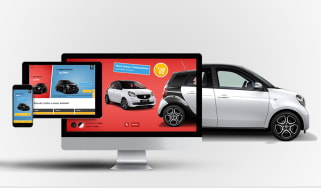 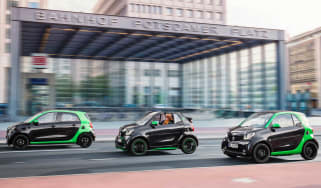 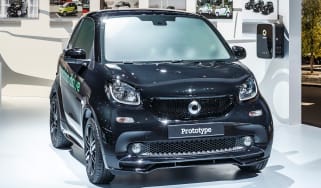 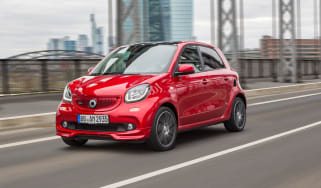 First details of the new, sportier Smart Brabus city cars have been revealed ahead of their Beijing debut
Top 10: Britain’s slowest cars