"The BMW M2 has all the virtues of the 2 Series coupe, but with added performance from a fantastic 3.0-litre turbocharged petrol engine and pumped-up looks"

The last-generation BMW M4 coupe cost around £60,000 when it was launched, so it made sense for the German brand to introduce a smaller sibling that could take on the Audi RS3 and Mercedes-AMG A45. The result was the BMW M2, which promised to deliver much of the M4's exhilarating nature in a smaller, less expensive package. Prices have crept up since the car was launched but it still looks good value compared with the new M4, which now costs around £75,000.

The M2 got off to a good start by using a very similar engine to the M4 – a 3.0-litre six-cylinder petrol that's turbocharged to produce 365bhp. It became even better when it evolved into the M2 Competition in 2018, which uses the same twin-turbocharged engine as the BMW M4 itself, along with technical tweaks to make the most of its 404bhp. 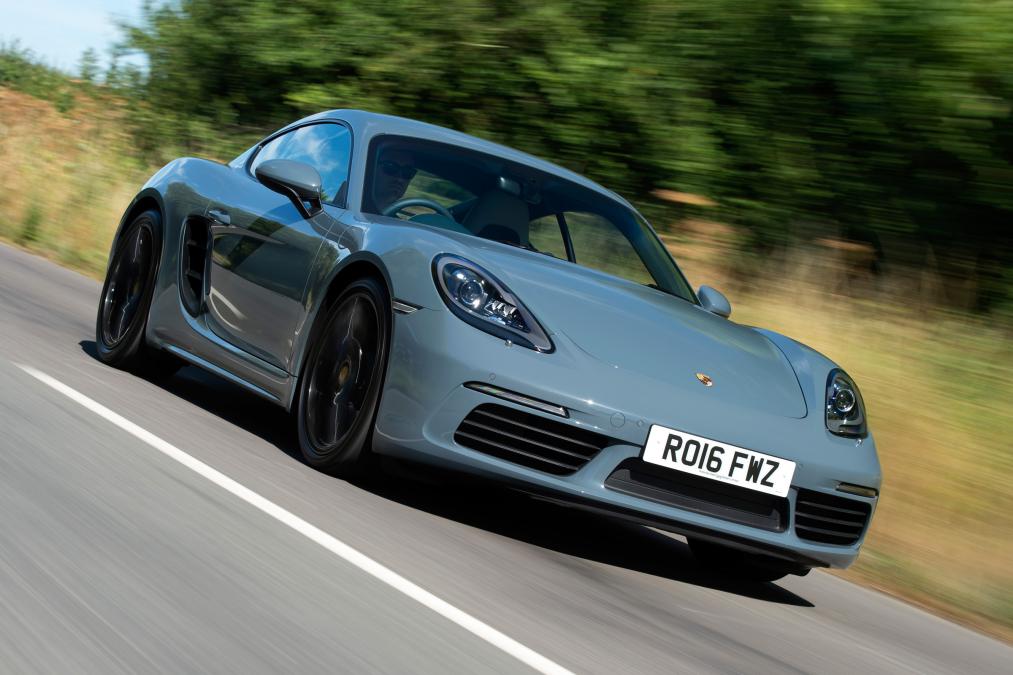 From the outside, the rear-wheel drive M2 Competition looks even more aggressive than the sporty BMW 2 Series on which it’s based. It features a more aggressive front bumper with large air intakes, plus wider rear wheelarches and quad exhausts at the rear. In fact, it’s 80mm wider than the standard 2 Series at the rear and this makes it look very muscular. Add to this 19-inch alloy wheels and just four paint choices and it’s clear the M2 Competition has high-performance intentions.

The visual changes brought about when M2 became M2 Competition are relatively subtle. The trademark double-kidney grille is a little wider, the LED daytime running lights are hexagonal rather than round and the front bumper has bigger air intakes. The inside is rather more sober in character, with just a few hints of its ‘M’-car status. There are black leather seats with unique blue stitching, plenty of ‘M’ logos dotted around, Alcantara suede trim in the doors and some carbon-fibre trim in the centre console.

A limited-edition BMW M2 CS model was also briefly available. It brought lots of extra carbon-fibre parts borrowed from an M2 racing car, plus firmer suspension and lighter alloy wheels. Power is up 40bhp over the ‘standard’ M2 Competition, which brings the 0-62mph time down to four seconds flat. The M2 CS is even more track-focused than the regular model but cost around £25,000 more than the M2 Competition.

Naturally, the M2 competition is very fast indeed, yet BMW claims economy of up to 28mpg, which is par for the course for a car with so much performance potential. However, make the most of all that power and you'll rarely stray above 20mpg. With a price tag comfortably above £40,000, it'll cost £450 per year for the first five years of ownership.

On the move, the M2 is little short of spectacular. It really does feel like a shrunken M4, with all the performance that entails and a feeling of precision that's rarely experienced. The BMW M division has produced some great cars over the years, and the M2 Competition takes its place in the hall of fame among the very best.

The M2 won't be cheap to run, but it's not bad considering its performance potential

The BMW M2 is a performance car, so running costs aren’t going to be as low as the rest of the 2 Series range. At best, you can expect to get around 28mpg on average, while CO2 emissions stand at over 220g/km, whether you pick the manual or automatic gearbox. Under the current road tax system, both versions of the M2 will be liable for an annual VED (road tax) bill of almost £500 in years 2-6, consisting of the standard rate plus an extra surcharge because the car costs more than £40,000.

Like the rest of the 2 Series range, you’ll be able to choose BMW’s five-year/50,000-mile servicing plan, as well as the upgraded Service Inclusive Plus premium maintenance plan.

Insurance is likely to be expensive, though. The M2 is group 47 out of 50, meaning you'll pay quite a bit for insurance. For some context, the M240i - the next fastest 2 Series model - is in group 39.

The M2 Competition uses the same 404bhp, twin-turbocharged engine as the now-replaced BMW M4, injecting much of that car's character into the smaller 2 Series body. The 0-62mph is 4.2 seconds on cars with the DCT gearbox, but the second turbocharger makes its presence felt at lower revs, where the Competition has an even more muscular feel than the previous M2.

On a racetrack, the M2 Competition is very easy to drive quickly, and this is true on the road, too. It feels very quick and agile in corners, plus it doesn’t slide around very much – there’s lots of grip and you can carry a lot of speed through fast bends. The ride is surprisingly forgiving, too, despite a stiffer suspension set-up and lower-profile tyres than the standard 2 Series.

The latest Competition version has an even tighter, more controlled feel than the original M2, courtesy of a chassis with extra stiffening from aluminium and carbon-fibre parts. There are bigger, more powerful brakes, too. Even the bright red starter button seems designed with driver appeal in mind, and the M2 Competition ranks among the most focused machines ever produced by BMW's M division.

You can get even more involved in the driving experience by selecting one of the three driving modes – Comfort, Sport or Sport+. Sport and Sport+ are suited to faster driving: they make the steering heavier, the throttle response sharper and the exhaust note louder. Sport+ engages M Dynamic mode, which tweaks the car’s electronic stability control system and makes it easier to slide if you put your foot down in the middle of a corner. There's even a mischievous 'Smokey Burnout' feature that allows you to spin the rear wheels in a flamboyant manner if you so desire.

Despite some different stitching on the leather seats and some special badges, the M2 is almost identical to the standard 2 Series coupe inside.

The dashboard is lifted straight from the 1 Series hatchback, so it’s driver-focused and feels suitably sporty. Quality is top-notch and the M2 feels very well put together, plus the bespoke carbon fibre trim gives a nod to the car’s sporty nature. Evolving into the M2 Competition brought an even more racy feel, with extra-supportive seats and illuminated M2 emblems on the head rests.

The M2 Competition comes with plenty of equipment. Sat-nav comes as standard – as it does across the BMW range – as do sporty leather seats, a DAB radio, Bluetooth phone connectivity and parking sensors. There’s an aggressive bodykit and large 19-inch alloy wheels to mark the M2 out over the M240i that sits below it in the range, as well as a set of quad exhausts at the rear of the car.

BMW's ConnectedDrive system comes as standard. It acts like a concierge service with various apps available with the car - including a lap timer and a GoPro app to record your driving, while the M Laptimer app analyses your driving. Through the ConnectedDrive system this can all be shared from the car to things like Facebook and Twitter. BMW's 'remote services' also enable owners to check their M2's locations and fuel level on a smartphone app, as well as being able to flash its headlights, set the ventilation and lock or unlock the doors.

There's room for four and a decent-sized boot

The BMW M2 Competition is a surprisingly practical sports car. The 2 Series is already a practical two-door coupe and the M2 benefits from its spacious cabin and 390-litre boot.

Up front, there’s plenty of space for you and your passenger, with plenty of adjustment in the supportive sports seats. There’s also a generous selection of cubbyholes, including large door bins, a big glovebox and two cup-holders in the centre console.

There are two individual rear seats and they offer a surprising amount of space. Headroom is a little tight in the back, but elbowroom is generous and the large windows let in plenty of light.

At 390 litres, the M2 Competition’s boot is larger than the 1 Series hatchback’s, but a smaller boot opening restricts practicality. It’s still a square and usable shape, though, but you'll need to pay £175 if you want rear seats that split and fold down to boost boot room.

BMW has a strong reliability record and the M2 uses engine components from across the BMW range, so it should prove a reliable car to own. Not every BMW owner is delighted with their car, though; the standard 2 Series placed 50th out of 75 models in our 2018 Driver Power survey, with 34.6% of owners reporting at least one fault in the first year of ownership. On the plus side, the car was extremely highly rated for its engine and gearbox.

In terms of safety, the M2 Competition comes with a full list of equipment and systems, while the 1 Series, which underpins the 2 Series, received a five-star rating. The car scored 91% for adult occupant protection and it also scored well for protecting infants.

Dear Carbuyer, I have £40,000 to spend on a fun and fast performance car. What are my options?
Hardcore BMW M2 CS revealed with 444bhp
BMW M2 coupe