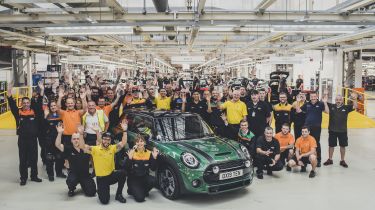 MINI has just built its 10 millionth model, rolling off the line during its 60th anniversary year.

To celebrate the milestones, MINI held an event held at its UK’s production facility in Oxford, bringing one car from each year of production. The brand will share stories from their owners across MINI digital channels throughout the rest of 2019. 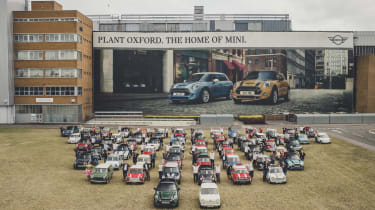 Leading the convoy will be the very first 1959 example off the production line, registered as ‘621 AOK,’ with the 10 millionth MINI bringing up the rear. The milestone model will then join BMW’s heritage fleet, rather than being sold.

Production of the BMW owned Oxford plant has risen from 300 cars per day in 2011 to around 1,000 today, with a new model driving off the production line every 67 seconds.

Read our reviews of the different MINI models on our MINI main page for more information.