The new Mercedes GLE PHEV is on sale now, with deliveries starting in summer 2020 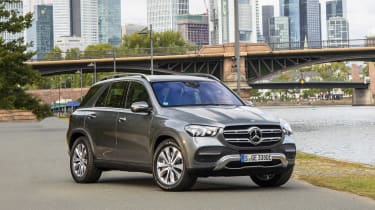 The Mercedes GLE 350 de plug-in hybrid (PHEV) is on sale now for a starting price of £61,360. It joins the company’s increasing PHEV lineup alongside the new Mercedes GLC 300 e SUV, and is on sale now. First deliveries are due in summer.

Unlike most PHEVs, the Mercedes GLE 350 de uses a diesel engine instead of a petrol engine.

The Mercedes GLE 350 de is available to order now but the first cars won’t arrive in the UK until summer of this year. It’s available in three trim levels, each based on the AMG Line version, with each adding more equipment. The standard AMG Line model starts at £61,360 and includes 20-inch alloy wheels, heated front seats, a digital instrument cluster, wireless phone charging and Mercedes’ MBUX infotainment system. 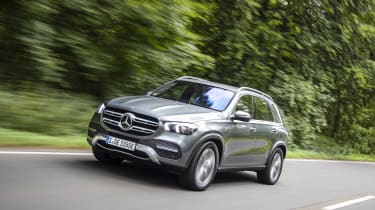 The AMG Line Premium model costs £64,680 and adds electrically adjustable front seats, a parking pack with a 360-degree camera, and augmented reality sat-nav guidance. Top-spec AMG Line Premium Plus adds another £3,500 to the price, and for that you get keyless entry, a panoramic sunroof, and an upgraded audio system.

You can download a Mercedes Me phone app to unlock a range of online features. These include the ability to set the car’s sat nav from your phone when you’re away from the vehicle, to find vacant parking spaces and remotely lock/ and unlock the car. It also brings connectivity to Google Assistant and Amazon Alexa.

Many plug-in hybrids use a combination of petrol and electric power to get similar economy to a diesel engine, but Mercedes has utilised diesel power instead of shunning it. As a result, the GLE 350 de is said to manage 66 miles of electric range - a figure unmatched by most plug-in hybrids - and 256mpg. We should point out that Mercedes’ 66-mile range figure is based on the outdated NEDC cycle and will be lower under the new WLTP test cycle.

The GLE is the largest car to get Mercedes’ EQ Power treatment, and it has a suitably large 31.2kWh battery. That’s paired with a 191bhp 2.0-litre turbocharged diesel engine; together the two produce 315bhp. Zero to 62mph takes 6.8 seconds and the car’s top speed stands at 130mph (99mph on electric power alone).

If you top up the battery using a DC fast-charger, it can be recharged to 80% in around 20 minutes. A Mercedes wallbox will be available for your home or office, which will recharge the battery in a couple of hours. The charging socket is on the wheel arch on the right-hand side, matching the position of the fuel filler cap on the left side. Besides this addition, and a new tailgate badge, there are no styling changes to mark it out as a hybrid. 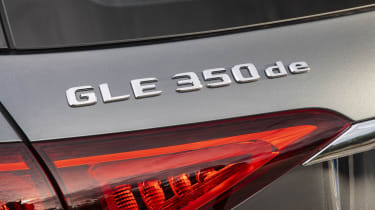 Mercedes has tweaked the design of the rear axle to accommodate the battery cells, and that means that the GLE 350 de is just as practical as the rest of the GLE range. With only the front seats in position, you’ll have up to 1,915 litres to fill.

By the end of next year, it’s expected that every Mercedes model will feature a PHEV variant. At the same time, the brand is ramping up its electric model range; the EQ line-up includes the Mercedes EQC SUV and the EQV MPV.

Read our review of the Mercedes GLE for more information or see how it compares to the BMW X5 and Audi Q7.