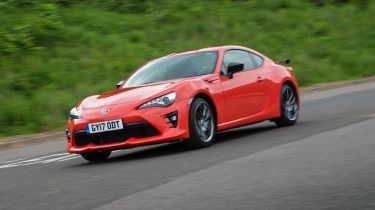 Japanese car makers Toyota and Subaru have extended their joint production agreement. This will see the companies jointly develop the next-generation Toyota GT86 and Subaru BRZ sports cars. Details of the new models have yet to emerge, but they are expected to be revealed in 2020 before going on sale later on in the year.

This new agreement follows on from the two manufacturers’ recent announcement that they are jointly developing an all-new, all-wheel-drive battery-electric platform to underpin future models. The deal sees Toyota increase its stake in Subaru to 20%. Both firms say the new agreement will “develop and strengthen” their long-term partnership.

Both the GT86 and BRZ have been on sale since 2012 and have only received minor updates since launch. Toyota has confirmed the next-generation models will retain the rear-wheel-drive layout, with a completely new redesign from the ground-up.

We expect the next-generation versions of the GT86 and BRZ to retain the compact dimensions of the first-generation models, with a 2+2 seating layout and a similar sized boot. Likely technology updates include updated infotainment systems with support for both Apple CarPlay and Android Auto. It’s possible that Toyota and Subaru could provide concept teasers of the new model in the coming months before a full reveal in mid-2020.

Do you want to know more about the Toyota GT86 and Subaru BRZ? Read our in-depth reviews for everything you need to know.