Considering your next car? The UK's top car brands are ranked in our annual owner satisfaction survey

Following on from our list of the UK's best new cars to own in 2022, we now reveal which manufacturers have impressed you the most in the past year.

We’ve updated the Driver Power survey with new sections on technology and value for money, plus a percentage score for the number of owners who suffered a fault with their cars in the first year of ownership. This data has then been fastidiously analysed to give you a true picture of the experiences of genuine owners and what they really think of the brands operating in the UK car market.

The results represent crucial information to have before heading to showrooms or drawing up a shortlist of cars. Our results show brands fall into clear categories, with some excelling in making cars fun to drive, while others nail practicality, cheap running costs or reliability. 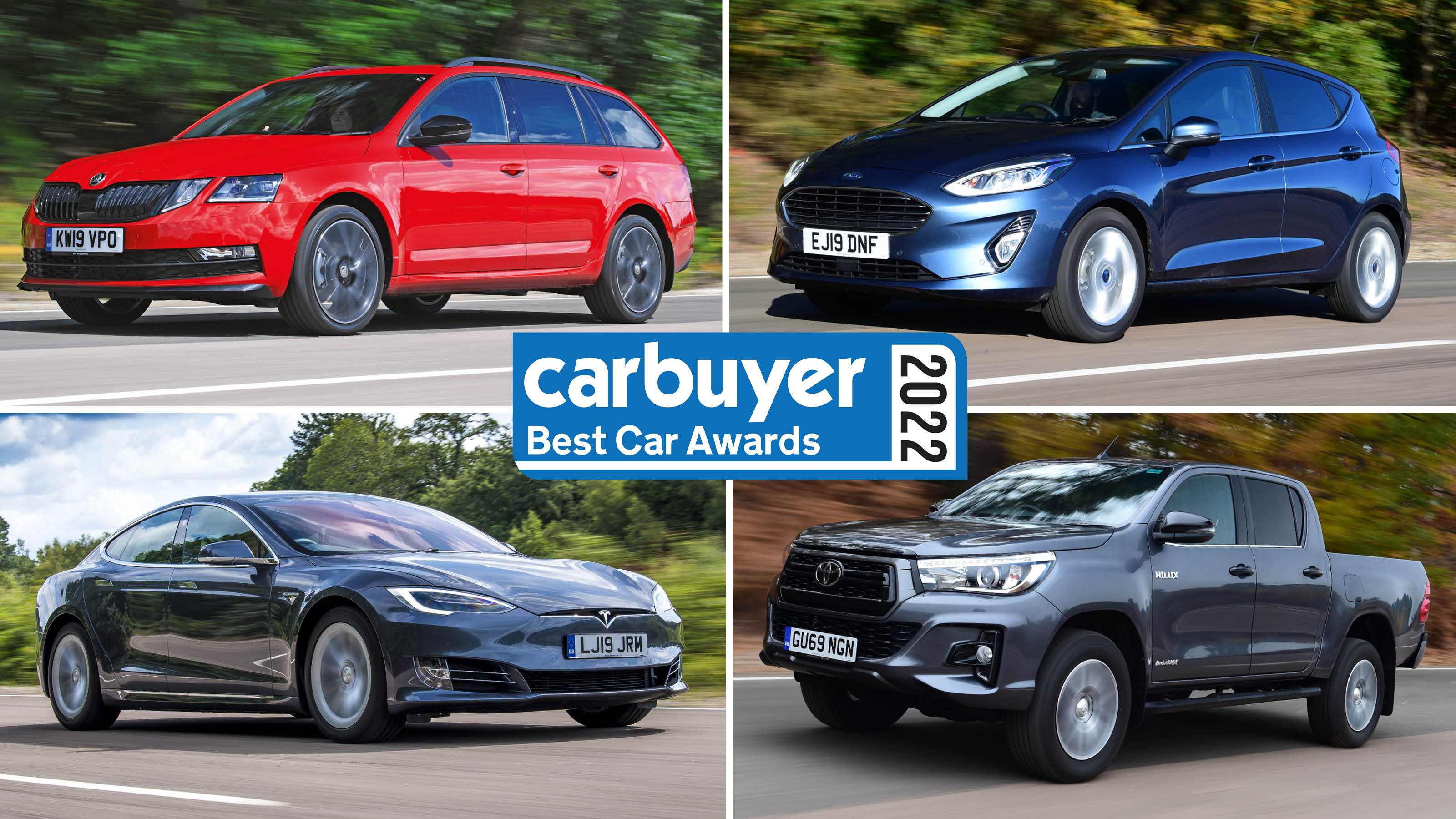 Some perform well in most areas, only to be let down by sluggish engines or poor infotainment systems. Others offer child-friendly interiors with lots of safety kit, so long as you don't mind more conservative styling.

Read on for the Driver Power 2021 manufacturer results to see which manufacturer is most likely to suit you...

Finishing at the top of our survey is Porsche, for the second year in a row. It’s a very impressive feat, with the brand’s premium range of sports and luxury cars seeing off all rivals by winning four of our categories.

The German manufacturer finished top in every single ride and handling category in our survey, including the road handling and driving pleasure sections, meaning owners genuinely love driving their cars. Owners were also wowed by Porsche design and with the build quality — although reliability seems to be on the slide, with 29.6% of owners reporting a fault, which is up from less than 15% last year.

Elsewhere, the brand was highly rated for practicality, scoring strongly for boot space and seating versatility. Respondents also told us that Porsche running costs aren’t awful, with better-than-expected fuel economy (but expensive servicing costs), while the brand’s slick infotainment systems are excellent too.

American electric car maker Tesla swaps places with Kia this year. You tell us that Tesla offers the best powertrains of any car maker, with the brand topping the acceleration category. Owners praised the cheap running costs of their cars, and the practicality too.

You also like Tesla’s safety features, with driver aids like the brand’s ‘Autopilot’ system proving popular. Owners also tell us that these systems are easy to operate and are quick to activate and deactivate, making them easy to live with. Build quality and reliability is a concerning stain on the report card though; 44% of owners reported a fault in the first year of ownership. Tesla owners are also unimpressed with the rather blank styling of their cars.

Kia has again finished in a podium position in our survey with a strong set of results across the board; namely a top 10 finish in every category. Owners gave high scores for the reliability and build quality of their Kias, suggesting that the faults reported on one in five of the brand’s cars were very minor and/or rectified quickly.

Owners were highly impressed by the quality of materials and value for money for the cost of their cars. Elsewhere, they told us that Kia’s cars are well styled inside and out and have responsive steering, excellent brakes and a refined ride quality. Practicality was also highly rated, with large boots, copious amounts of interior storage and versatile seating all impressing.

Scores for infotainment were also very strong, with good smartphone connectivity. You also told us the systems are very easy to use, while the high quality of the sat nav and audio systems won praise too. This result isn’t surprising when six of the brand’s models sit in the top 20 of our main Driver Power list.

Rising into one of the top positions this year, Peugeot is doing a lot right and seems to be impressing owners. The brand’s lion claw lights and LED ‘fangs’ are clearly drawing customers in, as exterior styling was one of Peugeot’s best-ranked areas. There’s substance to back up the style, with similarly high ratings for ride/ handling and for its engines.

The French carmaker also scooped top-10 finishes for running costs, reliability and for its interiors, which tend to look more theatrical than many rivals. While the tech and infotainment systems were praised, owners would like the features to be more user-friendly (the climate control seems to be a particular bugbear). Roughly 17.5% of owners reported faults in the first year.

Honda is well-known for its hybrid models, and with just 15.3% of owners reporting a fault, build quality was highly praised, with owners saying their cars are very dependable too. Scores for the Japanese manufacturer were fairly consistent across the board, with practicality the standout thanks to excellent boot capacity, interior storage and flexible seating.

The Japanese brand received the highest score for rear-seat legroom and owners were positive about the interior styling. Fuel economy was also highly rated, along with the affordable servicing costs. Other areas you found impressive were the steering and brakes, which received good scores, and the air conditioning and heating systems. Owners also like the stereo systems and smartphone connectivity, but the infotainment definitely could be rated better. Honda’s latest system is a big upgrade over its previous aftermarket units, so this mediocre score could well be reversed next year.

In sixth place is Jaguar, in what is a massive achievement of finishing ahead of upmarket German rivals including Audi, BMW and Mercedes. The strongest area according to Jag owners is the way they drive, with high ratings for road handling, steering and driving pleasure.

You also praised the touchscreens in your Jaguars, while the safety features are impressive and they are easy to operate. But value for money is said to be poor, and the cars continue to be expensive to run once you’ve bought into the brand. That’s when the cars are working; over 40% of owners reported faults, which simply isn’t acceptable.

Mazda has continued its top-10 ranking with a decent set of scores across the board for 2022. You told us your Mazdas are very well built, even though one in four owners reported issues. Also, you like the brand's styling, and the quality of the materials used inside and out.

Owners were very impressed with the way their cars drive, with driving pleasure, road handling and brakes all receiving strong scores. Ride quality and steering responsiveness were also highly praised. Mazdas are also great value for money and the infotainment systems scored highly. Overall, Mazda received the highest ratings for its smartphone connectivity and easy to use controls. Running costs are reasonable, with affordable insurance costs and decent fuel economy. The only black mark is for practicality; you’d like more boot space and additional child-friendly features.

Volvo delivered strong results in our survey with very comfy front seats, lots of space for rear passengers, upmarket interior design, and strong build quality inside and out. According to our respondents, no other car maker offers more interior storage cubbies either, and boot space was also widely praised too.

The brand’s safety technology was also well received, with high praise for the wide array of standard safety features, which are simple to use. You told us the brand’s infotainment systems are great but could be easier to use, and that the stereo systems are excellent. Owners reported that servicing costs are expensive and that day-to-day running costs can be high due to poor fuel economy. Reliability was only rated as middling, which isn’t a surprise when over a quarter of owners reported a fault.

MINI has left parent brand BMW behind and has climbed 10 places in our 2022 survey, and we expect bosses will be happy with this result. The carmaker didn’t have outstanding scores in any particular category, but rather a collection of roughly average results. While that’s not exactly cause for celebration, it does suggest most owners are fairly content with their MINIs.

Exterior design, safety features, infotainment and reliability were all rated well, with ride and handling, plus its interiors not far behind. Driving pleasure — a key hallmark of the brand — is recognised by owners, although you say the gearboxes could be smoother. The go-kart feel seems to take precedence over fuel efficiency, but you would like cheaper running and servicing costs.

While not traditionally known for exemplary reliability, only 11.6% of MINI owners reported issues with their cars — one of the lowest proportions of all the brands in our survey.

Toyota completes the top 10 with a great set of scores and positive praise from owners. According to you, Toyotas are well built and one of the most reliable brands in our survey with only 16.2% of owners reporting a fault with their cars.

The Japanese car maker also earned an excellent score in the engine and gearbox category, with notably good rates for smoothness, acceleration and engine note. You told us that your Toyotas are more economical than any other car maker here. Elsewhere, low running costs, including servicing and insurance were also impressive, and the infotainment systems received solid scores thanks to an excellent balance of touchscreen and physical controls.

How to avoid keyless entry car theft
Tips and advice

How to renew your driving licence or change the address