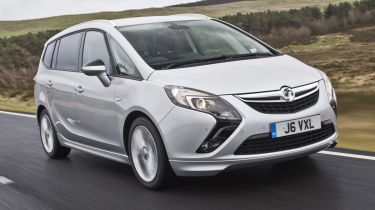 Vauxhall is to replace its ageing 1.7-litre CDTi diesel engine, and some of its current lower-powered 2.0 litre diesels, with an all-new 1.6-litre turbodiesel.

The new four-cylinder engine will reduce fuel consumption by up to 10 per cent over the current engines, says Vauxhall, and is clean enough comply with the forthcoming Euro 6 emissions requirements, which are due to come into effect next year.

As well as the improvement in efficiency, maximum power has increased to 134bhp compared with the 1.7-litre diesel. The engine will make its debut in the Vauxhall Zafira Tourer later this year.

Dr Thomas Sedran, deputy chairman of the Opel/Vauxhall management board, said: “The comprehensive renewal of our powertrain portfolio continues at full throttle. Our new 1.6-litre diesel will set benchmarks for refinement, performance and environmental compatibility.”

The diesel will be built alongside the new 1.6-litre petrol turbo petrol (that debuts in the Vauxhall Cascada convertible), from the beginning of spring in Szentgotthard, Hungary.