"The Peugeot Partner people carrier looks like a van, but its versatility and driving experience will appeal to budget-conscious family motorists"

The Peugeot Partner Tepee is a very practical and economical MPV. It's similar in specification, performance and price to its Citroen Berlingo sister model and it provides lots of space and a choice of seating layouts. Sliding side doors and roof rails come as standard, adding to this model's usefulness. So, if you don’t mind the boxy looks, the Peugeot has all the makings of a durable, rugged and versatile family car.

Both the petrol and diesel engines offer respectable fuel economy, but our picks of the bunch are the 100 or 120bhp version of the BlueHDi diesel. The former is capable of 112g/km emissions and 67.3mpg economy, while the latter manages 115g/km and 64.2mpg respectively. There's also a relatively underpowered 1.6-litre petrol and a surprisingly smooth and economical 1.2-litre petrol. 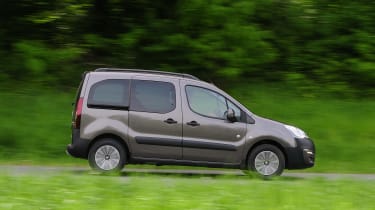 Servicing and insurance cover shouldn’t prove too expensive, either, and the Partner’s impressive equipment standard equipment helps boost its residual values – handy when you come to sell it on in the future.

The Partner Tepee’s petrol and diesel engines are both 1.6 litres in size and neither is going to set the world on fire. However, they don’t necessarily feel slow, despite the BlueHDi 100 taking more than 13 seconds to get the car from 0-62mph. The petrol engines offer more get-up-and-go. The 1.2-litre engine is the best of the bunch here, with a 12.2 second 0-62mph time.

The driving experience is expectedly van-like, as the car’s tall stature means body lean in corners is inevitable, while the heavy steering and clunky gearbox don’t make for a thrilling drive, either. However, that’s not what the Partner Tepee is for. In the two areas where it matters – in town and on motorways – it’s a capable performer.

The only two models on offer are the Active and Outdoor, but both are well equipped. Active features cruise control, manual air-conditioning and LED daytime running lights. The Outdoor trim throws in a touchscreen infotainment system with Mirrorlink smartphone connection, DAB digital radio, dual-zone climate control, alloy wheels and a reversing camera. Parking sensors, automatic headlights and rain-sensing wipers make the cut, too, so the Outdoor is just as well equipped as high-spec rivals. 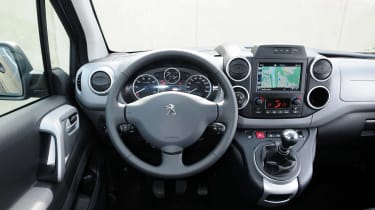 The Partner provides fairly comfortable transport for both driver and passengers, with easy-to-adjust front seats and roomy removable rear seats. The sensible and attractive cabin layout provides plenty of storage bins and cubbyholes for holding family clutter, which frees up even more space for you and the kids.

Boxy shape gives you plenty of room inside

The Partner's boxy body is far from the sleekest shape in the world, yet you reap the reward of vast interior space, plus great accessibility and versatility. The boot is a large 675 litres with five seats, though that will decrease if fitted with the optional two extra seats. A maximum load of 3,000 litres can be had when all of the rear seats have been removed, making it just like the Partner commercial van.

The sliding doors are invaluable in tight supermarket car parks, while roof rails come as standard, so carrying additional items on top of the car is easy. There's an optional overhead storage system inside, too. The top-spec Outdoor version gets chunky black plastic body cladding and a 10mm increase in ride height, giving it the look of a junior SUV and further boosting practicality.

Simplicity means there’s not much to go wrong

French cars are not traditionally known for top-notch reliability or build quality, but the Citroen Berlingo, which is a sister model to the Partner Tepee, placed a mid-table 69th out of the top 200 cars in our Driver Power 2015 survey. Peugeot has moved up the manufacturer rankings, too, and the Partner Tepee’s relative simplicity works in its favour here – there’s simply not much to go wrong.

The Peugeot Partner was crash-tested by Euro NCAP in 2014, but only received three out of a possible five stars, mainly due to a 56% score in the adult occupant protection category, putting it well behind leading rivals. An active city braking system is now optional equipment.

Decent standard kit, but feels more like a van than a car

The top-spec Peugeot Partner model costs more than the most expensive Citroen Berlingo, but the Partner has a more upmarket feel. There's lots of standard equipment, including air-conditioning, cruise control and curtain airbags. The Outdoor trim can get expensive, but bear in mind it does come with a lot of kit.

With a choice of five or seven seats, the Peugeot is good value compared to a similarly kitted-out family hatchback or more mainstream mini-MPV – as long as you value practicality over everything else. 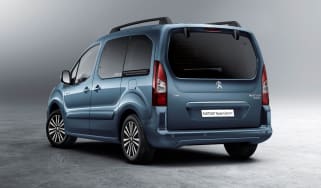 If you thought the days of pedestrian acceleration times were over, think again. Here’s our list of the 10 slowest cars available today.
Peugeot Traveller MPV offers up to nine seats 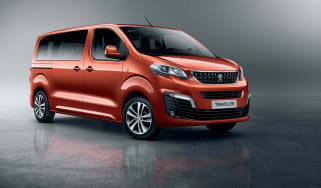