While BMW 5 Series owners tend to be more satisfied with their car, the Audi A6 still has an excellent reputation for reliability and comes with plenty of safety equipment. This, along with excellent crash-test scores, means it’s a very safe place to be.

Interior comfort, practicality and space were the areas in which owners hold the A6 in highest regard, while fuel consumption and high running costs came in for rather more criticism. 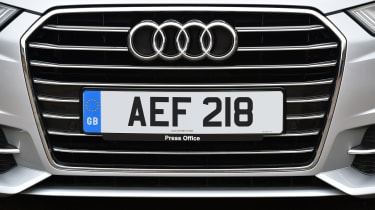 So, while the A6 isn't a stand-out performer, there’s no reason to doubt its reliability too much, given Audi’s well deserved reputation for build quality. All components and engines used across the range are tried and tested, including the seven-speed S tronic automatic gearbox, which has proven to be reliable in other models, such as the Audi A4 saloon and Audi A8 limousine.

No major faults have been reported so far and Audi dealers have an excellent reputation. This should soothe fears that the three-year warranty isn’t as generous as some rivals’.

Like the BMW 5 Series and Mercedes E-Class, the Audi A6 secured the full five-star rating in the Euro NCAP crash safety tests. It scored an impressive 91% for adult occupant protection and 83% for child protection.

All models have six airbags and electronic stability control as standard, along with an anti-theft alarm and Audi’s Parking System Plus. Optional safety extras such as lane-departure warning, blind-spot monitoring and rear side airbags are also available.