“Fitted with the 123bhp EcoBoost engine, the Ford Focus Zetec has enough power for overtaking and is also fun on country roads, while the car’s excellent mpg figures come as a very welcome bonus.” 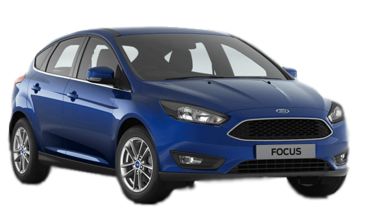 The Ford Focus Zetec gets a number of exterior touches that give it a classier look than the basic Focus, including model-specific alloy wheels, front foglights, and chrome exterior trim.

Inside, the car gets Ford SYNC, with Bluetooth and voice controls, sports seats, driver seat lumber adjustment, a leather-trimmed steering wheel, a DAB radio with USB connection, and a Quickclear heated windscreen.

The Ford Focus Zetec can be had with a choice of three petrol engines and three diesels. The cheapest is the 98bhp version of the 1.0-litre Ecoboost petrol engine, equipped with a manual gearbox. It economical at 58.9mpg but not a shade on the 1.5-litre diesel engine, which is capable of a much better 74.3mpg.

Pick of the bunch is the 123bhp EcoBoost, which is fast, frugal (56.5mpg) and cheaper than the diesel.

The Ford Focus Zetec is an excellent family car that has developed a reputation for being the most fun-to-drive model in its class, although its quiet interior means it is also quiet, comfortable, and relaxing on long motorway journeys.The Zetec gets plenty of kit that includes a heated windscreen and door mirrors, as well as a DAB digital radio and a Bluetooth phone connection.Opting for the Zetec means you also get lots of extras – including alloy wheels and chrome exterior trim – which make it look sportier.

Other than the alloy wheels, the Zetec trim doesn't do much to make it stand out of the vast numbers of Focus models on the road, but this may be because it's one of the most popular trims anyway.Another surprise is the boot capacity which, at 316 litres, manages to be significantly smaller than the 380-litre boot in the Volkswagen Golf. The Focus also does without the sporty body kit that you get in the smaller Ford Fiesta Zetec.

The Ford Focus Zetec is best fitted with the company’s 123bhp EcoBoost engine, which means the Focus is quite quick and also capable of returning strong mpg figures. 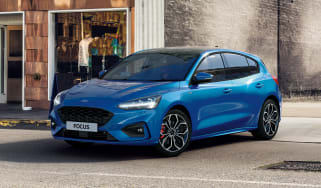