The 208 was rated poorly for reliability in our Driver Power survey, but has all the safety features you'd expect and scored maximum points when it was crash-tested by Euro NCAP in 2012. The current test is a tougher affair, though, so you can't directly compare scores with newer models. 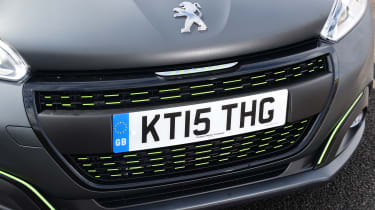 The Peugeot 208 was rated poorly for reliability in our 2018 Driver Power owner satisfaction survey of cars currently on sale in the UK. Of the owners who responded, 11.3% reported experiencing a problem with their car at least once, citing electrical and interior trim issues as the most common faults.

Owners praise the 208 for its low running costs and exterior styling, but are less impressed with its performance, practicality and infotainment systems. In 2019 it slipped further down the rankings, coming in at 96th place out of the 100 cars ranked.

The 208 was awarded the maximum five-star crash-safety rating by Euro NCAP in 2012. It comes with plenty of safety equipment as standard, including electronic stability control, a driver-set speed limiter, anti-lock brakes, six airbags and a seatbelt reminder buzzer.

Active City Stop is available as an option for Signature and GT Line models, while it's standard with the Tech Edition trim. Buyers can also fit rear parking sensors to models that don’t already have them as standard. Peugeot's Connect SOS relays information to Peugeot if the car is involved in a crash severe enough to activate the airbags. The same system can also be used to call for roadside assistance should your 208 have a problem and comes fitted as standard.