With a budget of up to £20,000 you can get into some of the most impressive small cars on the market

Having around £20,000 to spend on a new car is quite typical for buyers in the UK, and it’s fairly easy to see why. The cars that you can buy with this amount of money offer everything you really need.

Here we’ve put together a list of the best new cars you can buy for less than £20,000, and it includes some of our favourite small cars. Plus, since today’s superminis and city cars are better than ever, you get plenty of capability for your money. Decades ago, superminis were mainly only for use around town, as they were a little too loud and inefficient on the motorway.

That’s no longer the case, of course; modern superminis are fantastic no matter where you drive them, bringing with them comfort, efficiency and fine motorway manners. Naturally, they’re still great for local trips like they always were. 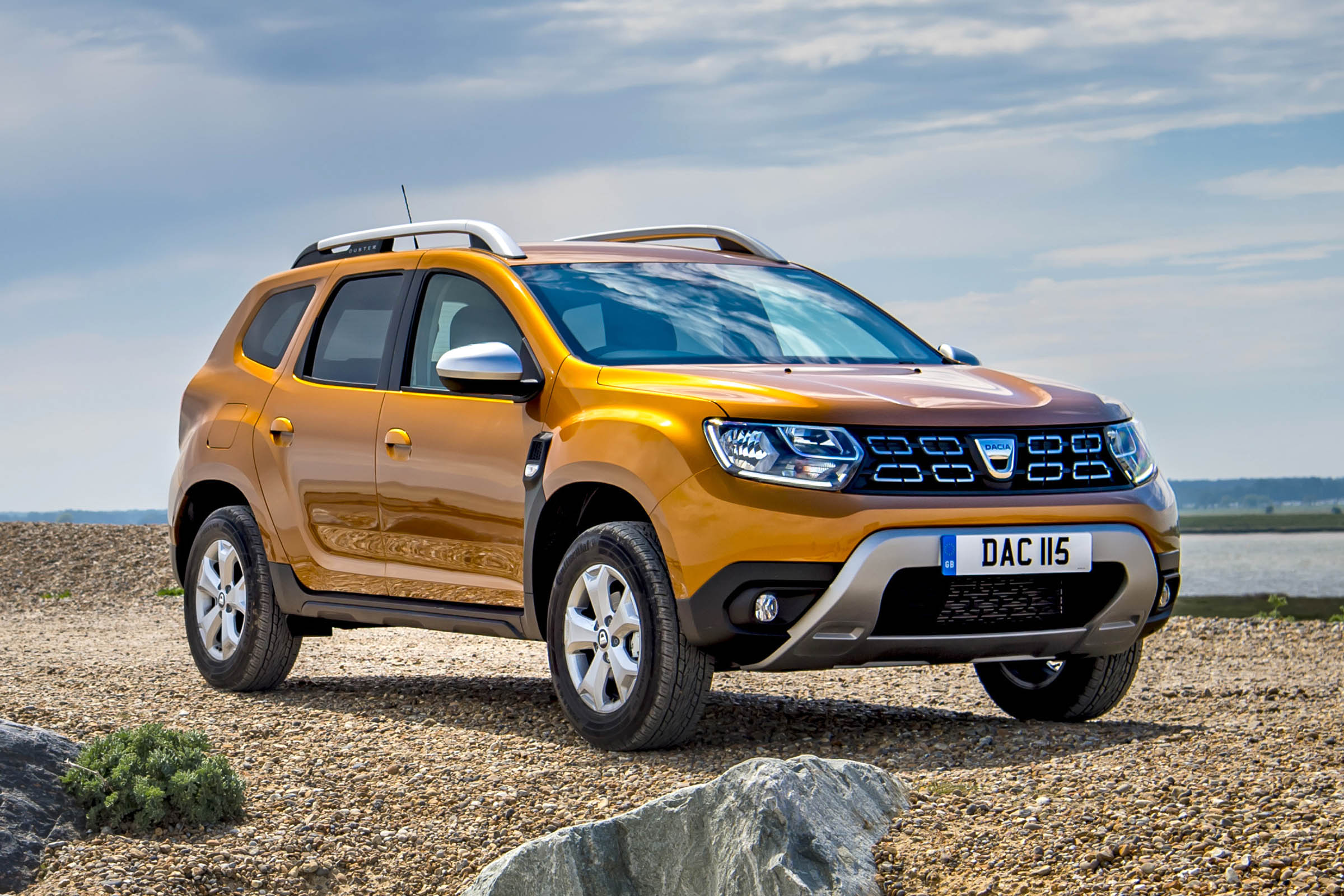 Although you might be able to find deals and offers that bring a car that costs more than £20,000 down below that figure, we’ve stuck to models that have a list price under that mark. This keeps things consistent, and you may find that you’re able to source some of the cars below for less than £20,000 with a bit of haggling.

Most of the models we’ve picked out here are superminis, because they bring the best value for money at this price point. There’s also an SUV and an MPV in here for families, too. We’ve avoided city cars and models that cost significantly less than £20,000 because we’ve already covered those in our article on the best cars for less than £15,000.

The Renault Clio is our top pick if you are looking for a car under £20,000. We have always praised it for its value for money, plus it offers a lot for the price and with any limited budget, that’s always a great thing. The mid-spec Techno version is just under £20,000 and includes sat-nav, smartphone connectivity, air-con, a reversing camera, cruise control, lane keep assist and LED daytime running lights.

The Clio is fitted with a three-cylinder 1.0-litre engine with 89bhp. There’s also a hybrid model, but all versions of that go over our budget here. That’s fine, because the 1.0-litre engine is quiet, efficient and easy to use. It’s a little underpowered but if you think ahead it’s absolutely fine for motorways as well as local roads, and the Clio is comfortable too.

The Volkswagen Polo is just about the most upmarket model you can buy with a budget of £20,000. Only the entry-level Life model comes in under-budget, but it is equipped with LED lights, 15-inch alloys, smartphone connectivity, air-conditioning, cruise control, lane keep assist and auto-folding door mirrors.

You’ve got two engine options here, the 1.0-litre non-turbo version and the 1.0-litre TSI. The former has 79bhp and the latter has 94bhp, plus since it’s turbocharged the power is much easier to access and arrives lower in the rev range. It’s a more relaxing car of the two to drive and, as a result, feels more like a car costing more than £20,000. Both use a slick and enjoyable manual gearbox, plus they’re both really efficient – in fact, the turbo model returns even higher fuel economy and lower emissions than the non-turbo version.

The Peugeot 208 is a stylish small car with a fantastic interior, so it looks and feels like a car that costs over £20,000. Only the entry-level 1.2-litre petrol with 74bhp actually comes in under budget, but if you spend just £290 more you can have the much more usable and enjoyable 99bhp version instead, which also has a six-speed manual gearbox rather than the five-speed box in the entry-level version.

We’d make the stretch to this version as it’s also more efficient than the lesser model, so you’ll save some extra cash along the way. Active Premium trim comes with 16-inch alloys, a seven-inch touchscreen, LED daytime running lights, air-conditioning and rear parking sensors as standard, so it has a decent amount of kit as well. The 208 isn’t as roomy or enjoyable to drive as some of the other hatchbacks on this list, but the dramatic looks are sure to win a few fans.

The Skoda Scala is a bit of an oddball, but it’s also one of the best-value cars on this list. It’s built using the same tech as the Skoda Fabia, but it’s nearly as big as the Octavia. It sits in a middle ground between the two. It’s either the most practical supermini around or a budget version of a larger family car, depending on how you look at it. It’s hugely spacious inside, plus it’s comfortable and good to drive.

The Scala is available in either S or SE trim for under £20,000 and comes with the 1.0-litre TSI petrol engine with 94bhp and a five-speed manual gearbox. It’s a good little engine that’s fun to use and has just enough power. Even the basic S model comes with air-con, Bluetooth, DAB radio, lane assist, LED lights and a 6.5-inch touchscreen. The SE adds smartphone connectivity, an eight-inch screen, cruise control, comfort seats and parking sensors, so we’d choose that version.

The SEAT Ibiza is a fantastic choice if you want something fun to drive but also practical enough for a small family. It’s also really good value and there are several versions available for less than £20,000. You can choose from a 1.0-litre non-turbo petrol engine with 79bhp or a 1.0-litre turbo petrol with 94bhp in either SE or SE Technology trim levels. Even the sporty FR model is only £55 over our budget here, and could be worth going for if you want its 17-inch alloys, LED headlights, upgraded interior and dual-zone climate control.

Still, SE Technology is a great model to choose for pure value for money. It comes with 16-inch alloys, a 9.2-inch touchscreen with sat-nav and smartphone connectivity, a leather steering wheel, cruise control, lane assist and air-con. The 94bhp engine is the one to pick, as its turbocharger means it has a little extra power from lower in the rev range – you can get up to speed quicker, making junctions and roundabouts easier to navigate.

Most small cars are fun to drive but the Ford Fiesta is one of the very best. Its responsive steering, peppy engines and well-judged suspension mean that it’s really enjoyable to drive but also very comfortable as well. It’s available for under £20,000 in Trend spec, which allows a choice of a 1.1-litre petrol with 74bhp or a 1.0-litre turbo model with 99bhp. The latter is our pick, as it’s a great engine that’s fun to use and it comes with a pleasant six-speed manual gearbox.

The Fiesta is well equipped – even in Trend spec – as it comes with LED lights, a heated windscreen, air-con, an eight-inch touchscreen with smartphone connectivity, cruise control and lane keep assist. It’s good value and comes in under budget with everything you really need. The Fiesta isn’t as practical as some of the other cars here but it’s certainly the most fun.

The Kia Rio is a great choice of small car for under £20,000 for people who are planning to buy outright, and don’t expect to sell the car in the first few years of ownership. This is because it comes with a fantastic seven-year warranty as standard, so it will be great for a long-term owner. It should be really reliable, cheap to run and it’s a practical car that’s easy to drive.

The best version of the Rio to choose that’s under budget is the ‘3’ trim level and the 1.0-litre turbo petrol engine with 118bhp. This is one of the most powerful cars here, but don’t mistake that for sportiness, as the Rio isn’t all that fun to drive. It’s still good, as most superminis are, but the driving experience is quite detached and the control weights are all very light and artificial. That does mean that it’s comfortable and relaxing, though, which could be just what you’re after.

The Hyundai i20 is one of the more expensive models on this list and only one model comes in under £20,000 – the SE Connect version with a 1.0-litre petrol with 99bhp. That’s no bad thing, though, because this is a great version to choose. The engine is quiet and efficient, plus it has plenty of performance and even has mild hybrid technology – a tiny electric motor that boosts efficiency but is not powerful enough to drive the wheels on its own.

SE Connect comes with 16-inch alloys, air-con, LED daytime running lights, high-beam assist, cruise control, parking sensors, a reversing camera and an eight-inch touchscreen with smartphone connectivity. There’s even a 10.25-inch digital dash, which sits behind the steering wheel and can show all sorts of useful information. The hi-tech feel of the i20 is a key selling point and it’s a quiet, comfortable and easy car to drive.

The Dacia Duster is fantastic value for money. It’s really spacious and is one of the only SUVs available for this kind of money. In fact, the basic versions are available for less than £15,000. Those models come with air-conditioning, DAB radio and Bluetooth, but with our £20,000 budget you can choose the top-spec Extreme SE model with the 113bhp diesel engine. This is great for longer trips as it’s efficient on the motorway.

The Extreme SE comes with an eight-inch screen with smartphone link, blind spot assist, parking sensors, keyless entry, leather trim, climate control, cruise control and automatic headlights. It’s not the most luxurious model around but it’s really practical - there’s loads of legroom and headroom in the back seats and it has a very big boot.

The Dacia Jogger is a new name in the UK, although European buyers have had it for a while now. This is a seven-seater MPV that, even in top-spec trim, costs well under our £20,000 budget. There aren’t any other models that you can buy brand new that come with seven seats for as cheaply as this, but it’s not a bargain-basement package; you get loads of equipment for the money, plus a good engine and it’s even enjoyable to drive.

The motor has 108bhp and the car is fairly lightweight, so performance is okay, and the manual gearbox is easy to use. The Jogger is comfortable and very spacious, plus it comes with lots of modern kit including smartphone connectivity, keyless entry, LED headlights, heated seats, blind spot warning and autonomous emergency braking.