Compared to other sports cars and supercars, the Porsche 911 is remarkably practical

A sporty coupe is never going to be the last word in practicality, but Porsche has done a pretty good job of maximizing the 911’s potential given its size and layout. Inside, it’s surprisingly spacious and the car’s relatively compact dimensions make it easy to park. Large windows ensure good visibility, although it’s a bit of a shame that Porsche charges extra for a rear windscreen wiper.

The distance between the front and rear wheels of the latest Porsche 911 is 100mm longer than its predecessor and it offers more space inside than ever. The rear seats are suitable for two children and can also be used as extra luggage capacity when they’re unoccupied. Bear in mind that the GT3 is a strict two-seater and interior space becomes rather more limited if you add the optional roll cage. 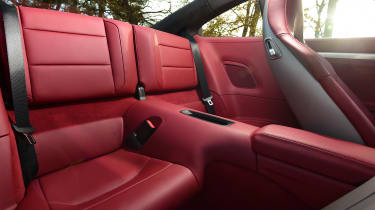 The 911 has a decent-sized glovebox and two cup-holders hidden under a flap ahead of the front-seat passenger. Sadly, the door bins are pretty narrow, while the cubby between the driver and passenger only has enough room for small items like a phone or wallet.

Seeing as the 911 has its engine where you'd traditionally find a car's boot, storage is under the bonnet. Although the 145-litre front boot is relatively small, it’s deep, meaning you can squeeze some fairly large soft bags into it. The extra mechanicals associated with four-wheel-drive 911s shrink boot space to 125 litres. 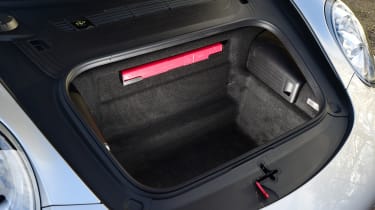 It probably won’t come as a huge surprise to learn that none of the Porsche 911 models are suitable for towing.