The latest version of the SEAT Leon is the best ever from a driving point of view, but it still isn’t as quite as sharp or responsive as the Honda Civic or the Ford Focus. How much of a priority the driving experience is will determine whether you want to overlook the Leon in favour of one of its rivals.

The FR and FR Black Edition versions are fitted with SEAT's Driver Profile system, which gives you the ability to adjust the car's set-up to favour comfort or sportiness. The steering is also accurate and evenly weighted, even if it doesn’t give you quite enough idea of how much grip the front tyres have left to give in corners. 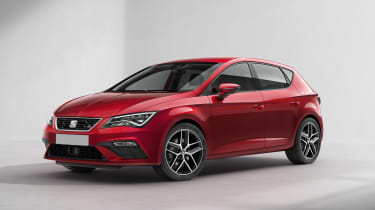 The diesel engine range starts with the fuel-economy-focused 1.6-litre. It has the joint-slowest acceleration in the range, but you can't argue with its fuel economy figure of upto 58.9mpg. 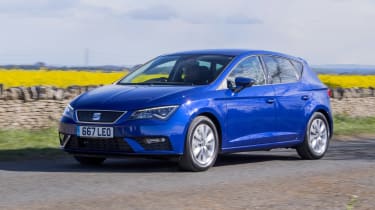 There's also a 2.0-litre turbodiesel with 148bhp. Most drivers will find it more than quick enough – it accumulates speed effortlessly and makes short work of overtaking slower traffic. This makes journeys relaxing, especially on motorways, but it’s also willing to work harder if you’re in the mood for a spirited cross-country drive. Despite creditable performance figures, the diesel can also return upto 57.6mpg.

There are three petrol engines: a 1.0-litre with 113bhp and a 1.5-litre with either 128 or 148bhp. We think the 128bhp 1.5-litre is the best Leon engine for everyday family motoring. It has enough get-up-and-go to make the cut-and-thrust of city traffic easy to deal with and it'll still manage upto 51.4mpg.

The 1.0-litre engine uses turbocharging to produce 113bhp, and is a peppy performer despite its small size, taking 9.8 seconds to propel the Leon from 0-62mph.