"The Volkswagen Polo is like the excellent Golf just smaller. S trim offers only comes with one engine choice and very few creature comforts." 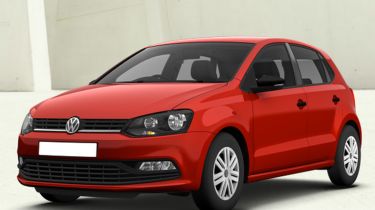 S trim is the entry point to the Polo range. There is just one engine on offer – a 1.0-litre petrol unit that delivers 59bhp and needs to be worked pretty hard at motorway speeds. The car costs just over £11,000 in 3-door form. There’s also a five-door, and all versions come with DAB digital radio, Bluetooth connectivity and stop/start. Safety features are fairly comprehensive and include electronic stability control, but you don’t get a lot in the way of luxuries. In fact, air conditioning (which is usually standard equipment even on other entry-level cars in this class) isn't standard equipment - you'll have to pay another £700 for that privelege.

The VW Polo is where the smart money goes in the supermini class. It’s relatively cheap to buy and run, and holds its value superbly, so ownership costs are low.Quality is as good as it gets in this class, although S models aren’t as plushly trimmed as those higher up the range, and we’ve heard of no major reliability issues.The Polo is also remarkably practical for a car that’s less than four metres long, with a good boot, so at a pinch it will get by as a family’s only car. It’s effortlessly easy to drive, but the three-cylinder engine will need to be worked hard out of town.

The Polo is an eminently sensible car, so if you’re looking for something that will put a bit of sparkle into your life, you’ll be better off with a Ford Fiesta.In S trim, the Polo is awfully spartan. In fact, it doesn't even have air conditioning (you'll have to pay around £700 extra for the S A/C variant for that), while the S trim is also the only version in the Polo's range that doesn't come with alloy wheels.The engine offered with S trim is low powered, so if you regularly use motorways you might want something more powerful than the S model.

You only have the choice of one engine if you're going for a Volkswagen Polo S, which is a 59bhp 1.0-litre petrol engine. You can, however, choose whether you want three or five doors, and we would pick the S A/C model to include air conditioning.