The SEAT Ibiza ST is built from VW Group parts

There are two sides to SEAT’s reliability. First, as the brand is part of the VW Group of car manufacturers, the ST estate is constructed using parts and components that have been tried and tested across a wide range of well-established models from VW, Skoda, Audi and SEAT. So you can expect reliability for the Ibiza ST to be very good and its interior does feel solidly built.

However, the other side of the coin is that SEAT tends to perform quite poorly in owner satisfaction surveys. SEAT itself ranked only 24th out of 33 brands in our 2014 Driver Power customer satisfaction survey’s manufacturer rankings, with reliability being one of the main problem areas for owners.

In 2015, it jumped up nine places to 15th thanks in no small part to a massive improvement in its reliability score. This demonstrates that while there’s still room for improvement, SEAT is definitely stepping up its game, which bodes well for new Ibiza ST owners. 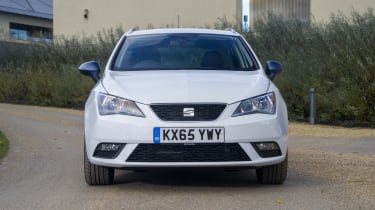 The Ibiza ST is undoubtedly safe, having been awarded the maximum five-star rating in Euro NCAP crash tests – but it doesn't have as much safety equipment as many of its rivals. It only comes with four airbags as standard, while curtain airbags are optional extras.