"The SsangYong Rexton is extremely good value, but it’s a way behind the class best in other areas." 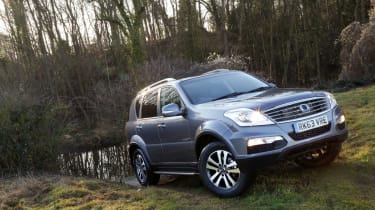 Large, familiar 4x4s such as the Hyundai Santa Fe, Toyota Land Cruiser or Kia Sorento may be capable vehicles, but if you’re shopping for a big, practical SUV on a tight budget, there’s really only one model in the frame: the SsangYong Rexton.

Compared with more mainstream and expensive, rivals, it’s a genuine workhorse with a generous ride height and a tough, muscular diesel engine, which means it’s perfect for venturing off-road or towing a caravan or boat. While it may not be the prettiest 4x4, it’s certainly among the roomiest, too. So, what the Rexton lacks in some areas, it more than makes up for in some of those that count, while undercutting rivals on price.

The areas where the Rexton falls short can't be ignored, though. For one thing, the interior looks very outdated, while fit and finish lags well behind rivals. Basically, it looks and feels its budget price. A recent facelift has helped raise its game but it’s still at the back of the field. 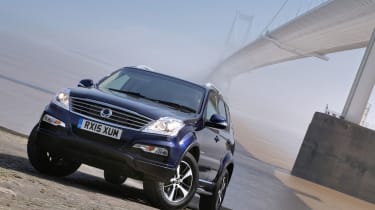 Although it’s fairly adept off-road, on-road the Rexton is much less impressive. The diesel engine is far noisier than rivals, and unrefined with it. And while competitors have become increasingly car-like to drive, the Rexton leans heavily in corners, while its steering is vague and fails to inspire confidence.

Where it claws back points is in the large amount of standard equipment offered across the three trims, SE, EX and top-of-the-range ELX. There’s more here than you’ll find in rivals, all of which cost considerably more than the Rexton.

The 2.0-litre engine’s running costs are high no matter which gearbox you choose

All Rextons get a six-speed manual gearbox as standard, but if you go for EX or ELX specification, you’ll have the option of a Mercedes-sourced five-speed automatic gearbox. However, the 2.0-litre diesel engine’s running costs are high no matter which transmission you choose. 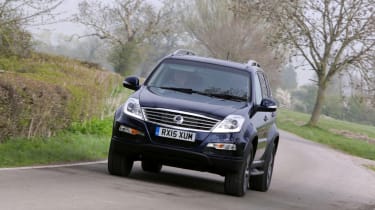 Manual-gearbox versions emit 184g/km of CO2, while the automatics emit 194g/km – a long way behind the class best. That takes the Benefit-in-Kind (BiK) rate for a company-car driver to 37%, but thankfully fuel economy isn’t too bad for a car like this. Models fitted with the manual gearbox can return 40.4mpg and those with automatic transmission should be capable of 38.1mpg.

The excellent ground clearance makes it a capable off-roader

The SsangYong Rexton isn’t the best car to drive on the road and is outclassed by competitors such as the Hyundai Santa Fe and Kia Sorento. An outdated design, poor body control and vague steering makes it a hard car to manoeuvre – even on smooth roads. A tall roof also means considerable lean when going through corners and makes roads with the tiniest bumps and potholes feel like an off-road course. 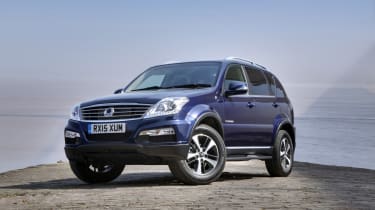 However, the excellent ground clearance makes it a capable off-roader, whilst there’s less engine noise and vibration in the cabin because it’s more refined than previous models. It's a little noisy on start up, but this soon disappears when the car gets going properly.

Both the SX and EX trims get a decent tally of standard kit, plus aluminium-effect and chrome finishes covering the soft-touch material inside the car. Luxury seats make the EX model stand out further, but it can't match the Hyundai Santa Fe for quality, which sets the standard in this area. That said, the SsangYong Rexton does feel well built, in an agricultural, utilitarian sort of way. 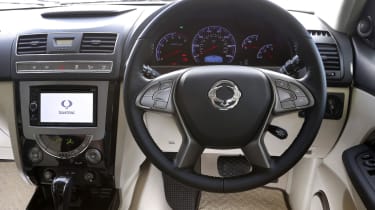 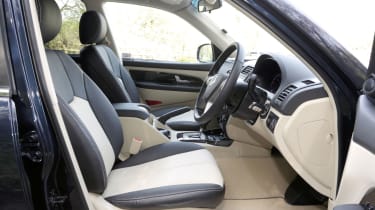 The seven-seat interior can be configured in different ways to suit most needs. The third-row seats are only big enough for children, but there’s enough head and legroom for adults elsewhere in the spacious cabin – and no other off-road vehicle offers this much room at such a low price.

As you’d expect from an SUV, the SsangYong Rexton has plenty of boot space. It can store 248 litres of luggage, but fold the rear seats down and the 1,338 litres of space that’s freed up rivals even the most spacious estate cars and 4x4s. You do have to remove the annoying headrests to do this and you'll also find the fairly high load lip gets in the way when you’re lifting heavy items into the boot. 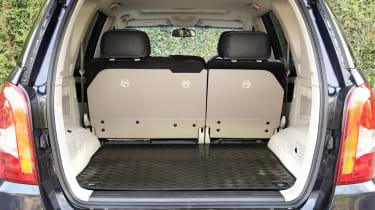 A large glovebox, cubbyholes and storage boxes offer plenty of room to keep your items. This car should also be an attractive option for caravanners, because its capable four-wheel-drive system enables it to haul an impressive three tonnes.

We don’t know how the SsangYong Rexton will handle a crash, because it hasn’t been tested independently by Euro NCAP yet, but all models do get front and side airbags. Breakdowns shouldn’t be a concern either, as this is a fairly rugged and reliable car – but be warned that the materials inside could wear down with heavy use over time. We wouldn’t worry too much, though, as SsangYong’s unlimited-mileage warranty covers you against any faults during the first five years.

It’s as big as a Toyota Land Cruiser, but its affordable price comes close to that of smaller cars

With prices starting at from just under £23,000, there's no denying the SsangYong Rexton is very good value for money. It’s as big as a Toyota Land Cruiser, but its affordable price tag comes close to that of smaller cars like the Volkswagen Tiguan and Kia Sportage. That money gets you air-conditioning, 16-inch alloy wheels, seven seats and keyless entry. 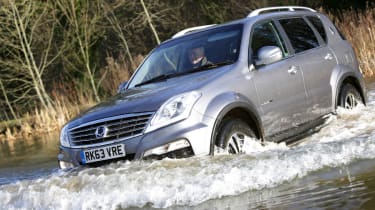 However, look closer and you'll find some cheap cabin fittings that do reflect the budget price, whilst the optional sat nav isn't great. You won’t get much money for the car on the used market after three years, either, but the five-year unlimited mileage warranty should go some way to make up for that.