There could be some quality issues, but the Model 3 feels like the best-built and safest Tesla yet 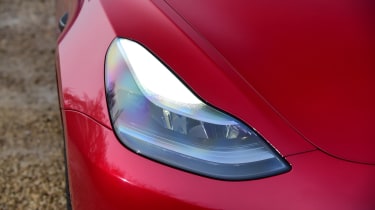 Electric models should, in theory, be simpler than petrol, diesel and hybrid cars because there are far fewer mechanical parts. However, Tesla is known for quality issues around fit and finish, so we hope the Model 3 proves to be a step forward in this regard.

The Model 3 has been on sale for some time in the US, where it appears to have been largely reliable but plagued by quality control issues like poor paintwork, large gaps between panels and poorly fitted trim. In the media, this is often attributed to Tesla's relative inexperience in mass producing cars compared with manufacturers like Mercedes, but Tesla is also keen to show it offers great customer service by rectifying issues quickly under warranty. Overall, the Model 3 appears to be the best built Tesla so far, and the 2021 update has ironed out a few issues too. 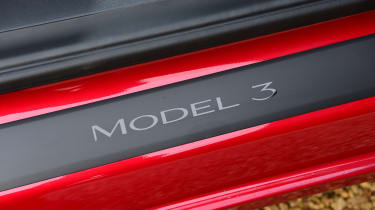 Euro NCAP crash-tested the Model 3 in 2019, and it scored the highest-ever figure in the safety assist category, with an impressive 94%. Its overall five-star score includes excellent ratings for adult and child occupant protection, and it scored well in the vulnerable road user category too. The Tesla Model 3 is one of the safest cars on sale, and the manufacturer claims the Model 3 is particularly safe thanks to its compact electric powertrain, which allows for large crumple zones and a rigid passenger compartment.

Thanks to its semi-autonomous Autopilot technology, the Model 3 is also covered in myriad sensors and cameras that can help protect occupants by alerting them to danger and even braking or steering around obstacles itself.